Singapore Remains in the Top 20 Most Expensive Locations in the World, Despite the Impact of Covid-19 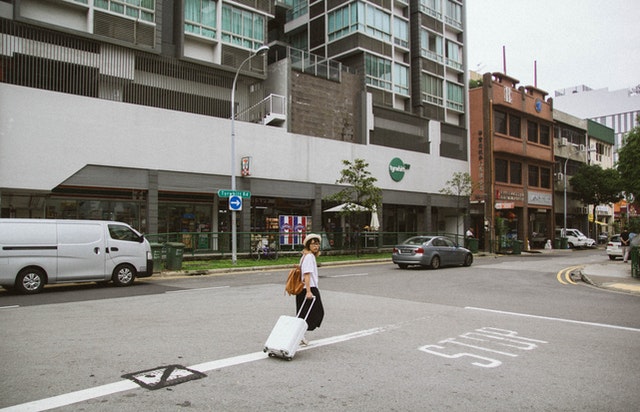 Singapore remains in the top 20 most expensive locations in the world for expatriates to live in, despite the impact of Covid-19. This was one of the findings of the latest Cost of Living survey published by ECA International, the world’s leading provider of knowledge, information and software for the management and assignment of employees around the world.

Singapore is now the 14th most expensive location in the world – down two places from last year. However, the cost of living has remained largely steady in the country.

“Although Singapore has dropped very slightly in the global rankings while three Japanese cities have edged above it, Singapore remains an expensive location for overseas workers to be based in,” said Lee Quane, Regional Director, Asia at ECA International. “The Singapore dollar has remained strong in recent years, and the country sits below only Hong Kong and Japanese cities in terms of the most expensive Asian locations for expatriates.”

Hong Kong has dropped slightly in the rankings after falling behind the Swiss cities of Basel and Bern, and now sits outside of the top five most expensive locations globally.

“Despite experiencing political and social unrest over the course of 2019, and more recently the impact of the Covid-19 which has led to the reluctance of people moving to the city, Hong Kong has only seen a small drop in the global rankings amid the uncertainties. Although it has been overtaken by Bern and Basel, Hong Kong is still one of the most expensive places for overseas workers to live in and is still costlier than other Asian expatriate hubs such as Tokyo and Singapore,” Quane explained.

Chinese cities have all dropped in the most recent cost of living rankings this year. This includes Beijing and Shanghai, which both fell nine places – coming in at 24th and 19th place respectively.

Quane said, “Chinese cities have all fallen across the board in our latest rankings due to signs of a weakening economy and poorly performing currency. One of the key contributing factors was undoubtedly the outbreak of Covid-19. However, it is important to note that the yuan was performing poorly before this period too, with the outbreak of the coronavirus exacerbating the relative weakness of the Chinese currency against other major currencies.”

Similarly, the cost of living in the Republic of Korea has been hit by Covid-19 as well, with Seoul falling from 8th place to 17th place in the global rankings, and Busan dropping out of the top 20 entirely.

“The fall in cost of living in Korean cities is a result of the outbreak of Covid-19 as well as the uncertainty that surrounded the country at the time of the survey. A quick lockdown, coupled with the high rates of infection that Korean cities saw towards the end of February, meant that confidence in the South Korean won had faltered. This in turn makes the cost of living cheaper for expatriates living in the country,” said Quane.

Meanwhile, Thai and Vietnamese cities once again move up the rankings, with Bangkok rising 64 places in five years and Hanoi up 25 places over the same period.

Quane explained, “Thailand’s steady rise up our rankings has been a constant feature of our surveys in recent years as its economy has continued to grow and attract increasing investment from overseas businesses. This means that the baht has strengthened considerably – making the country more expensive for expatriates and tourists. However, this trend has slowed over the past year, partly in response to government attempts to weaken the baht in order to keep the country competitive.”

The vast majority of U.S. cities saw a rise in the rankings as the U.S. dollar continued to perform well against other major currencies.

“The recent strength of the U.S. dollar has been reflected in nearly all U.S. cities moving up in the rankings, with New York and Honolulu now entering the global top 20. In uncertain times, as we are currently seeing with Covid-19 and an impending global recession, many will put their money into what is seen as ‘safe haven’ economies such as the U.S. As a result, the U.S. dollar has strengthened – making things more expensive for expatriates living in the country than in the past,” said Quane.

Many European cities saw a drop in the cost of living as the value of the euro weakened slightly from the last survey. Major European cities such as Berlin, Madrid and Rome have continued to fall in the rankings and remain outside of the top 100 most expensive cities for overseas workers.

Australian cities experienced some of the biggest falls in the rankings this year, with every Australian city seeing a drop of over 20 places. Sydney is now the only Australian city in the top 100 most expensive locations, but it still dropped 24 places to 97th place.

Quane said, “The Australian dollar has weakened by almost 7% over the past year against the U.S. dollar and almost 5% against the euro while inflation also remains low. This implies that foreign assignees in Australia will now see their money stretch a lot further than previously. The reason is mainly due to concerns over the reliance of the Australian economy on China, which has been showing some signs of slowing growth, even before the outbreak of Covid-19.”

Once again, Ashgabat is the most expensive location in the world for expatriates as prices increased by 30% in the year to March. However, it should be noted that while the manat is still officially pegged to the U.S. dollar, there is an illegal but active black-market exchange rate in the city.

Read also: Singapore Among The Top 15 Global Most Expensive Place to Live for Expatriates