Workers say strikes out in Japan 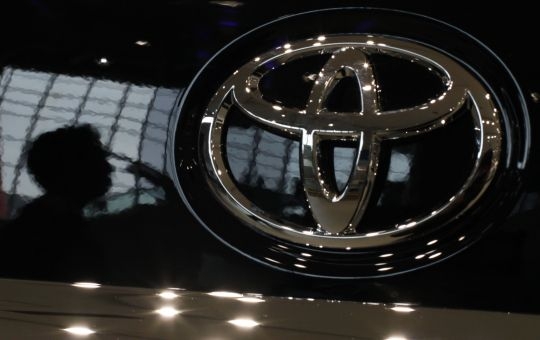 Workers say strikes out in Japan

Japan’s unions have started demanding wage hikes from cash-rich firms as annual pay talks get under way, setting up a rare showdown after years of drama-free labour relations.

Unionists are questioning if usually quiescent workers should stick by a decades-long strategy of keeping the peace with their bosses and rarely going on strike, a strategy that has generated few pay rises.

Japan’s auto sector is a key target, with all eyes on Toyota, the world’s biggest automaker, which has posted huge profits on the back of sharply weaker yen since Prime Minister, Shinzo Abe swept to power in late 2012.

Abe’s economic growth blitz, dubbed Abenomics, helped fatten Japan Inc.’s bottom line, and he has called for companies to pass on some of that profit to help consumers as they brace for an April sales tax hike.

More cash in workers’ pockets would assist a fragile recovery, say observers, but many – including the International Monetary Fund – say there needs to be other, deeper reforms, including greater flexibility to cut staff.

That is tough in Japan, where everyone from Abe to company chiefs know it would be a hard sell.

Employees need a “safety net to make sure that they’re not left out in the street”, Sony boss, Kazuo Hirai said last year.

“Because they’ve made commitments to the companies and certainly deserve to be part of that safety net.”

It is a far cry from factory-shuttering labour disputes of Europe or the tens of thousands of striking South Korean railway workers who demonstrated for weeks on the streets of Seoul in December.

For decades, Japan has prided itself as a nation of labour peace, despite its 20-year economic decline, near-frozen wages and increasingly unstable employment.

“Let’s see, did I go on strike once? Let me think,” said Hajime, a 58-year-old media sector worker.

“Oh yes! It was something like 30 years ago, it was the first and the last time. For people between 20 and 30 years of age, strikes and demonstrations are history. It’s not their present.”

That rings true with Anan, a 21-year-old university student who can’t fathom the idea of a strike.

“Here in Japan everybody is middle class, everybody can find a job…and not everybody is obsessed with moving up the social ladder – so there’s no reason to be upset,” she told AFP.

With a low crime and unemployment rate, generous welfare benefits, relatively high wages and much narrower income inequality than many other developed nations, Japan has rarely been a place ripe for revolution.

But that wasn’t always the case.

After the war, about one million Japanese were homeless, one quarter of them in the shattered capital Tokyo.

The Communist Party was a political force and half of all employees were unionised. Today, that number stands at just under 18%.

By 1974, the country saw more than 5,000 strikes a year, involving about 3.6 million people. These days, a few dozen strikes by several thousand workers has been the norm.

Japanese chief executives usually get a fraction of what their North American or European counterparts are paid, and sometimes take wage cuts in bad times.

Mass layoffs are to be avoided, and closing a division often means shifting workers around the company — something Sony said it would try to do after announcing 5,000 jobs cuts this month.

“Cooperation rather than confrontation has been a long tradition in the private sector,” said Koichi Nakano, a political science professor at Tokyo’s Sophia University.

“There was this idea that what matters is not a person’s class but rather the nation’s survival.

“Employers had to accommodate workers’ needs and employees sacrificed their class interest and would be patriotic workers for both the company and country. It was a powerful idea.”

Time for a change?

These attitudes linger, despite the emergence of a new generation of workers who face increasing job instability even as they support a rapidly-ageing population.

More than one-third of workers have non-permanent jobs with lower pay and fewer benefits than previous generations, while the poverty rate hovers around 16 percent, despite Japan’s rich-nation image.

A general avoidance of conflict in Japanese society is another factor that ripples through the friendly boss-employee relations, Nakano said.

“Instead of saying that society is wrong, people blame themselves – I didn’t go to a good school, I made my boss angry, I’m not smart.”

But this year may be different, as the six-million strong Japanese Trade Union Confederation calls for the first substantive pay hikes since the financial crisis.

That has Yoji Tatsui, deputy head of the union’s research arm, eyeing the confrontational “outsider strategy” in neighbouring South Korea, where strikes are commonplace.

“Japan has too much of an ‘insider strategy’,” Tatsui said. “Maybe it’s time to change that.”