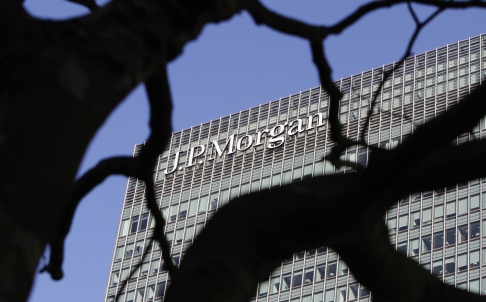 The suicide of a JPMorgan employee in Central on Tuesday has been blamed on the stressful environment of investment banking, which insiders say has worsened since regulators tightened rules in the wake of the global financial crisis.

The pressure of front-line sales and trading jobs has spread through to formerly calm back offices, where trades are checked to ensure compliance with regulations. Adding to those pressures, banks see their back offices as a cost, rather than as revenue generating.

The pressure intensified after New York state’s top financial regulator, Benjamin Lawsky, demanded documents from over a dozen banks in a probe of trading practices in the US$5.3 trillion a day foreign exchange market.

Manipulation of the benchmark Libor interbank lending rate has led to dozens of traders being fired and penalties topping US$6 billion.

Another JPMorgan employee, Gabriel Magee, jumped to his death in Britain in January. Ryan Henry Crane, a 37-year-old who worked at the bank in New York, was found dead in his Connecticut home earlier this month.

According to police, the JPMorgan banker in Hong Kong who committed suicide, Dennis Li Junjie, 33, had recently told a colleague he was under work-related stress. Li was believed to be a junior-level employee. He jumped from the roof of the 30-storey Chater House after attempts to talk him down failed.

“The best time to work at an investment bank has clearly passed,” said Jimmy Lam, who runs an internet retail venture and used to work at Bank of China International and HSBC.

“About 10 per cent of the workforce in Hong Kong’s financial industry was trimmed after the global financial crisis of 2008.”

Former banker Lam said: “The outlook for the investment banking industry is fairly challenging, and the economic return can barely justify the intensive nature of the business.”