Why so many chiefs? 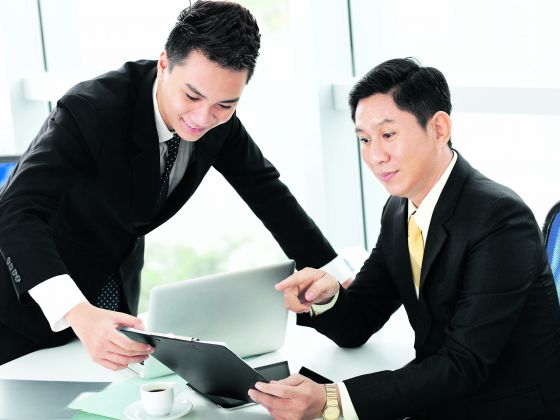 The danger of title inflation when it is not reflected in the influence that a role carries is that it can lead to cynicism about what these titles really mean. Photo: Thinkstock

Among other things, Kim Jong Il was reputed to have adopted over 1,200 different titles, two of my favourites being Sun of Socialism and Guiding Star of the 21st Century.

Title inflation is not exclusive to North Korean leaders, however. After working in recruitment for almost 20 years, I have encountered plenty of examples of title inflation with candidates I have interviewed and organisations I have recruited for.

Employees commonly provide feedback that job title advancement reflects career momentum and bosses underestimate the importance of recognition and status within an organisation. That might be attributed to a desire by employers for simplicity in company structures, and flatter organisations can offer that. But the good thing about a hierarchy is that there is a career ladder to climb — a promotion goal to strive for.

Title inflation has certainly been compounded by tight labour markets. Despite the world economy going through some very challenging conditions since 2008, there have still been shortages of talent, especially in Asia, which has resulted in a heightened focus on the attraction and retention of employees.

So, it would be a mistake for candidates to see job title inflation as being all about career opportunism; the trend is down to employers looking for a way to retain employees without actually translating it into additional employment costs.

Bigger job titles, in many instances, can signify the importance a company places on a role or function. Quite commonly, the prefix “chief” has a strategic, and not just operational, component.

However, within some organisations, “chief” simply denotes a head of function, replacing the word “director” or “vice-president”. So, the emergence of the “C-suite” appears to be as much about some companies jumping on the title inflation bandwagon and, some believe, wanting to sound “cool”, even though it does not add any greater importance to the role or function.

The danger of title inflation when it is not reflected in the influence a role carries in a business is that it can lead to cynicism about what these new titles really mean and the extent of authority they lend. If title awards are dished out to employees too freely, then there is the chance of diluting the currency of the title structure.

I must confess to some initial reluctance at carrying the Chief Executive title myself, not least because I do not regard myself as self-important. Just as vitally, Ambition is a modestly sized firm, and I believe job titles should be reflective of the responsibility employees carry.

I have come round to “Chief Executive” (I inherently dislike the word “officer” which sometimes accompanies it), as it now appears to have clearly superseded the title of Managing Director as the head of an organisation. Furthermore, “Managing Director” is a much more commonly-used title these days for business unit heads, whereas there is generally only one Chief Executive.

The number of Vice-Presidents and Presidents within North American organisations has also risen significantly in the last 15 years, especially within financial services — once again, as pressure increases on companies to stay competitive when hiring and retaining employees. This is further evidence of title inflation, as many companies are not organised any differently; staff are just given different titles.

Jobs that have a strong business development component necessarily carry weight in their titles, which help salespeople get in front of decision-makers. I have seen this to be especially the case in the media industry, where the term “Advertising” or “Sales Director” are commonplace.

A clear example of this is “Finance Director” — a commonly used title in the United Kingdom for the most senior finance professional in the company and quite often a Board position for UK-listed businesses. However, in Asia and, especially, United States businesses, “Finance Director” signifies a head of finance for a division and typically would report to a Chief Financial Officer.

Are there any rights and wrongs when it comes to titles? Not really. I have seen it work both ways — in flat hierarchies and multilayered. The broad rule of thumb is that, if a company can use titles smartly without jeopardising the culture and functionality of the company and, ultimately, also the career progression of its staff, then it may be no bad thing.

With the ongoing issues surrounding staff retention, it takes a brave organisation not to be tempted by title inflation.