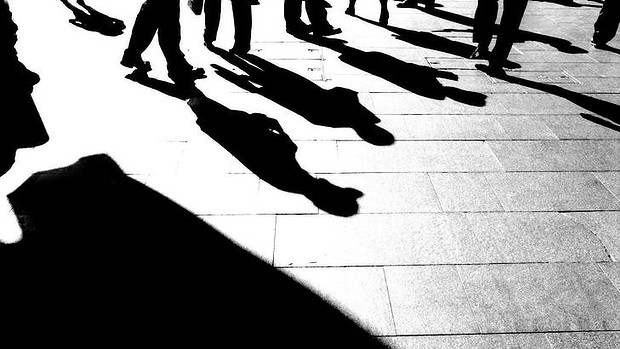 Unemployment has jumped to the highest level in more than 10 years, following a surprise fall in jobs growth.

The jobless rate rose to a seasonally adjusted 6.4 per cent from 6 per cent in June, its highest point since August 2002.

The participation rate edged 0.1 per cent higher to 64.8 per cent, which does not explain the jump in the headline unemployment rate.

The Australian dollar plunged more than half a cent from around 93.55 US cents down to 92.96 US cents.

It is the first time since 2007 than Australia’s unemployment rate has been higher than the US, which sits at 6.2 per cent.

It was worth keeping in mind though that the Reserve Bank of Australia had been expecting the unemployment rate to continue to rise, Mr Bloxham said.

“We don’t see this as the beginning of a sharp deterioration; we think this is just a continuation of the previous upward trend in the unemployment rate,” he said.

The surprise uptick in unemployment is unlikely to move the RBA to cut interest rates again, Mr Bloxham said.

On Tuesday, the central bank left the official cash rate on hold and continued to cite the likelihood of a period of stability in interest rates.

Changes in sample and measurements

A sample rotation used by the Australian Bureau of Statistics seems to have had an impact on the unemployment rate.

It is very difficult to get a clear reading of employment given the change in methodology of measuring those seeking work, an ANZ senior economist, Justin Fabo said.

“Most other labour market indicators are improving, at least slowly, so the jump in the unemployment does look odd in that regard. We’ll need the August report to confirm that view,” Mr Fabo said.

The ABS said in the release that there is no evidence that the changes in methodology impacted estimates for unemployment.

Victorian unemployment lifted 0.4 percentage points to 7 per cent, Tasmania jumped from 7.3 per cent to 7.6 per cent and Western Australia’s jobless rate inched higher to 5.2 per cent.

South Australia recorded the only improvement, however unemployment still remains high, falling from 7.3 per cent to 7.2 per cent.