Uncertain Labour Market for the Second Half of 2020, ILO Warns 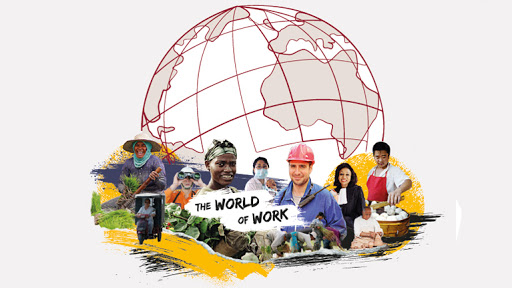 The outlook for the global labour market in the second half of 2020 is “highly uncertain” and the forecast recovery will not be enough for employment to return to pre-pandemic levels this year, the International Labour Organization said on Tuesday.

In its latest report, the U.N. agency said the fall in global working hours was “significantly worse than previously estimated” in the first half of the year. The Americas was the hardest-hit region, losing 18.3% of working hours.

Worldwide, an estimated 14% of working hours were lost in the second quarter, equivalent to 400 million full-time jobs, due to the pandemic, the ILO said.

It estimated that working-hour losses were likely to still be in the order of 4.9 percent in the fourth quarter, equivalent to 140 million full-time jobs. Under a pessimistic scenario in a so-called second wave of the pandemic, this figure could rise to 11.9% or 340 million jobs, it said.

“The estimates have revised upwards considerably the damage done to our labour markets by the pandemic,” Guy Ryder, ILO director-general, told a Geneva news conference. “So there is not going to be a simple or a quick recovery.”

The figures cover people who are working shorter hours, who are furloughed, have lost their jobs, or withdrawn from the labour force.

See also: The Future of Remote Work: 4 Challenges to Solve

Some 93 percent of workers still live in countries with some sort of workplace closures, it said.

The pandemic has had a “disproportionate and damaging effect” on women workers, who are often employed in hard-hit sectors such as food and accommodation, retail and real estate, Ryder said.

Asked about Brazil not imposing strict public health measures to halt spread of coronavirus, Ryder said: “Clearly undue delay in acting on the health side of pandemic is going to bring worse social and economic outcomes.”