Singapore – Starting pay for fresh grads expected to rise by 2% 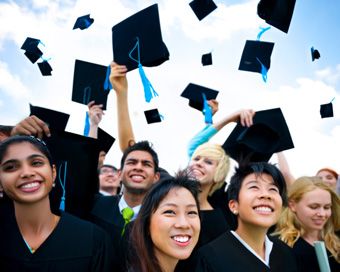 Despite recent turmoil in markets around the world, global management consulting firm Hay Group said that new graduates can expect to earn a starting base salary which is 2 per cent higher than the 2012 graduate cohort.

According to the 130 organisations responding to Hay Group’s Fresh Graduate Pay Survey in May, the average starting monthly pay for degree holders across the three qualification categories – without Honors, with Honors (Second Lower) and with Honors (Second Upper) – is $2,714, $2,822 and $2,876 respectively.

Conducted annually since 2009, this year’s Fresh Graduate Pay Survey revealed that jobs in Project Management ranked at the top, commanding the highest average starting salary of $2,906 per month for degree holders (without honors), followed by jobs in Engineering ($2,885 per month) and Research & Development ($2,788 per month).

For diploma holders, Engineering graduates commanded the highest average starting salary of $1,926 per month, with Project Management graduates coming in second at $1,900 per month and Information Technology graduates taking third place at $1,882 per month.

The average starting pay for diploma holders is $1,841 per month, a slight increase from last year’s $1,808 per month.

“The increase in overall starting salaries for fresh graduates in these fields also indicates a healthy demand for young talented professionals in Singapore,” he added.

For diploma-holders who are considering investing in a degree, the Hay Group study shows that employers in Singapore place a premium of 46.0 per cent for average degree holders over diploma holders in terms of starting salaries.

In a similar development, the premium which employers place on a Bachelor Degree (with First Class Honors) over average degree holders is 11.5 per cent.

Meanwhile, the premium which employers place on a Master’s degree over average degree holders is 17.0 per cent, a jump of 5.1 per cent from last year.

About one in three employers surveyed said they provide an average premium of S$189 per month as an incentive to male employees who have completed National Service.

Mr Chan said, “This practice is not prevalent among the multinational companies. Nevertheless, paying the National Service premium would help male graduates catch up or even out in terms of starting pay levels when compared to female graduates in their first few years of employment.”