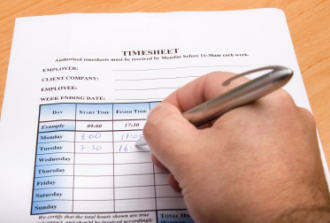 A former employee managed to cheat his company of more than $18,800, after he continued to submit timesheets to a recruitment company for more than six months after his dismissal.

Muhammed Syahmi Lopez, 23, was fired on June 14,2011 for tardiness, but continued to receive salary by submitting time sheets to his recruitment agency Recruit Express until he was found out on Feb 3.

A staff member at Recruit Express discovered the fraud when she noticed that he had submitted a timesheet for work done at the StarHub outlet at VivoCity on Jan 23. It was a public holiday and the branch was closed on that day.

Investigations later found that he had forged the signature of his manager on the time sheets which he submitted to Recruit Express, and payment would be deposited into his bank account after.

He was jailed for six months by a district court.