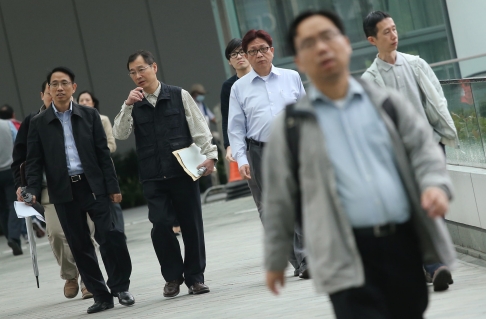 The retirement age of newly hired civil servants will be extended from 60 to 65 under a government plan to tackle the ageing population and shrinking workforce.

Although the retirement age for existing public sector employees will remain unchanged, department heads will be given more flexibility to keep those who reach retirement age.

Civil service groups generally supported the proposal but were worried that the promotion prospects of young civil servants would be hindered. 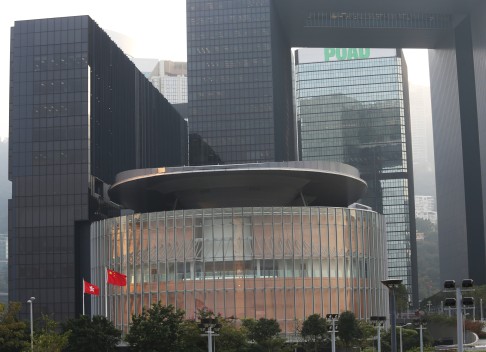 The government will decide on the proposal to extend civil servants’ retirement age to 65 after a four-month consultation. Photo: David WongA human resources expert and an employer representative believed the private sector would follow suit.

Secretary for the Civil Service Paul Tang Kwok-wai said yesterday: “In the face of the demographic challenges arising from an ageing population and a shrinking workforce, the government … considers it an opportune time to examine possible options for extending the working life of civil servants.”

Current civil servants who want to work beyond 60 would be able to file applications to their departments.

The retirement age for new recruits in the disciplined services would rise from 55 to 57. But officers would be allowed to work up to 60 if they passed a series of assessments and physical tests.

The Civil Service Bureau also plans to make it easier for employees to work in the private sector after retirement.

The government is Hong Kong’s biggest employer, with more than 160,000 on its payroll.

The government is considering extending the retirement of new recruits in batches, to minimise the possibility of a “retirement tide” in future decades.

A four-month consultation was launched to collect views from civil servants.

Ngai Sik-shui, chairman of the Immigration Service Officers Association, suggested that the retirement age for newly recruited disciplined services officers be increased directly to 60 instead of the proposed 57.

“Many colleagues want to work a few more years because they feel that they are physically strong enough and they get a sense of satisfaction serving the public,” he said. His association conducted a survey of more than 1,000 immigration officers and found that 75 per cent supported extending the retirement age. But he was concerned about favouritism, with department heads extending the retirement age of officers they like, hindering promotion prospects for juniors.

Li Wai-yee, chairwoman of a staff organisation that represents junior civil servants, also had reservations. New recruits would have to work five more years to get their pensions and the promotion prospects of existing staff might be hindered.

But the chairman of the Federation of Hong Kong Industries, Stanley Lau Chin-ho, said this was the “right way to go” and companies might follow suit. The retirement age in the private sector is usually 60, he added.