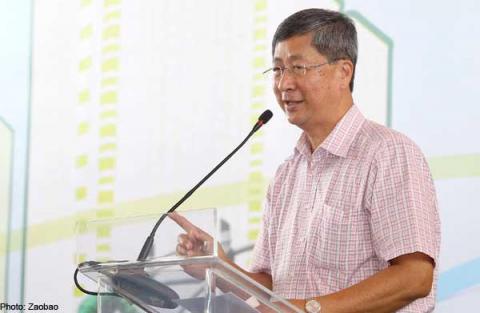 TWO labour stalwarts have called for the retirement age here to be raised, with one suggesting it should be upped to 70 years.

Titled Singapore’s National Wages Council – An Insider’s View, the book documents the history of the NWC.

Currently, Singapore’s statutory minimum retirement age is 62, but employers have to offer re-employment to those eligible up to age 65. But those re-employed may suffer a pay cut and lose benefits and bonuses.

Yesterday, Prof Lim – who is emeritus professor at the National University of Singapore and Nanyang Technological University (NTU) – suggested that the mandatory retirement age be upped to 65 years or more.

This would help Singapore “cope with the shortage of local labour supply”.

He noted that he has always pushed for a rise in the retirement age, adding: “And I am on record as saying that we should make it 70.”

But he added that it does not necessarily have to be “just by law” and that the approach of re-employment is a good one as “it allows flexibility”.

Prof Lim, who was the NWC’s founding chairman from 1972 to 2001, added that there would be “problems especially on wages and productivity at a certain age, but that should be discussed in the NWC”.

Experts such as NTU economics and industrial-relations professor Chew Soon Beng lauded the idea of raising the minimum retirement age.

He said: “One of the reasons why employers are quite reluctant is that in the past, our wage system was seniority-based, but now we have a flexible wage system… If employees work longer, they are less dependent on the Government for welfare.”

Prof Lim suggested that employers contribute more to the Central Provident Fund of low-wage workers, in lieu of a national minimum-wage scheme.

But he added that he stands by his wage “shock therapy” suggestion made two years ago, which was to raise incomes at the bottom rapidly while freezing those at the top.