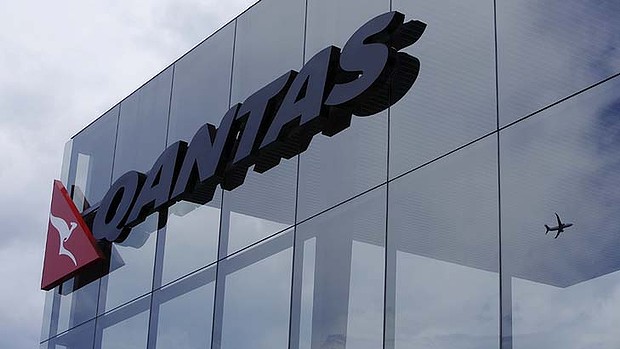 Up to 4000 Qantas staff will be given until the end of the month to accept a redundancy package, with unions describing the process as rushed and chaotic.

She said a deadline of March 21 had been set for employees at Sydney International Airport and for the end of the month for other employees.

She said this was “incredibly rushed and chaotic”.

She said the managers who she met with to discuss the plan were among those threatened with possible job losses.

“Sydney will be hardest hit with more than 1000 jobs to go here,” she said.

A Qantas spokeswoman has confirmed that those offered a redundancy would have to decide by the end of the month.

Ms McManus said that Qantas had indicated on Wednesday that up to 90 full-time check-in staff would be shed after redundancies were offered to all 230 staff members at Sydney international airport.

“We are back there tomorrow,” she said. “We want to stop the redundancy process until we see the whole picture of what they are planning.”

Unions who met with Qantas executives on Wednesday afternoon sought a commitment from the company to mitigate job losses through cost savings, but came away disappointed.

Transport Workers Union national secretary Tony Sheldon said Qantas has still not revealed where up to have the proposed 5000 job cuts will come from.

On Thursday morning, a spokeswoman for Qantas said “around 2500 people will be asked if they are interested in taking a voluntary redundancy and, for some, if they would like a part-time role”.

”That doesn’t mean that all 2500 people will go – the number that leave the business will be much less than that,” she said.

They will have until early May to ”exit the business”.

“After employees have indicated if they want a voluntary redundancy, we will review the applications and consult with those employees,” she said.

Qantas has said it plans to cut 1500 management and non-operational jobs. It is seeking expressions of interest for voluntary redundancies for ASU members in administrative and head office roles, mainly at Qantas’ Mascot head office.

Mr Sheldon said the airline’s cleaning staff had been instructed on Tuesday to only clean the first nine rows of its jets, once a day. A spokeswoman for Qantas denied the claim. However, the spokeswoman confirmed union claims that many full-time staff would be offered part-time jobs.

Mr Sheldon said the company should rethink the failed Jetstar Asia strategy which had bled money and which he blamed for the company’s heavy half-year loss.

“Political leaders like Clive Palmer and Senator [Nick] Xenophon have also made clear the real cause for Qantas’ woes are the decisions of its board.”

Mr Sheldon said Qantas workers are determined to make sure that “skippy doesn’t bite the dust”.

“Every day Qantas workers are coming to work not knowing if they are going to get a tap on the shoulder or not,” he said.

“Qantas workers want to fight for a strong viable airline.”