Productivity schemes should be fine-tuned: MPs 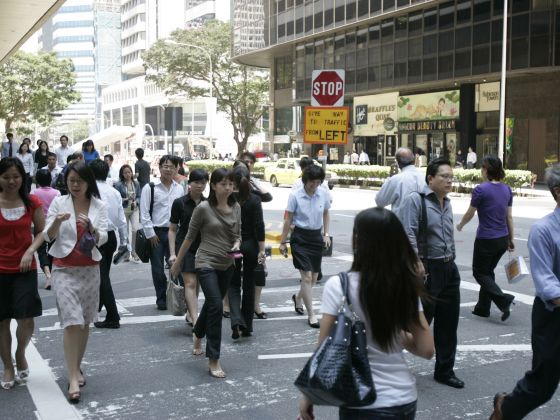 Productivity schemes should be fine-tuned: MPs

SINGAPORE — As the Republic continues to grapple with low productivity, schemes that have been introduced in recent years should be reviewed and fine-tuned to help companies — especially small and medium enterprises (SMEs) — to reap the full benefits, said several Members of Parliament (MPs) yesterday.

While they welcomed more funding under this year’s Budget for businesses to raise productivity and spur innovation, the MPs noted, among other things, that due to the strict qualifying criteria, the impact of the Productivity and Innovation Credit (PIC) scheme is limited.

There were also suggestions on improving the mergers and acquisitions scheme, creating shared facilities, rewarding firms for productivity improvements and getting them to beef up staff engagement programmes.

Mr Giam reiterated that productivity growth over the past three years has been disappointing, despite the Government putting in “hundreds of millions of taxpayer dollars” into grants for companies for the past four years. “We need to examine these schemes to see what adjustments need to be made to produce more positive outcomes,” he said, adding that he favoured a less stringent approach to evaluate the applications even though some firms could abuse the grants.

Mr Giam noted that the iSprint scheme, which promotes adoption of productivity-enhancing technology, requires SME applicants to answer many questions and write lengthy business proposals. “Many SMEs may find that it is not worth the time and effort to apply for such funding,” he said.

Also calling for a review of the schemes, Mr Zainudin said pertinent questions should be asked. “Are we getting traction in the industry and also among our workers? Are we moving in the right direction? Are the resources spent on the many productivity initiatives bearing the fruits that we want?” he said.

East Coast GRC MP Jessica Tan and NCMP Yee Jenn Jong noted that most claims under the PIC scheme were for staff training and purchase of equipment. In contrast, few claims were filed for investments for research and development.

Citing his personal interaction with technology companies, Mr Yee said: “They had not been successful in claiming PIC for their R&D manpower based on the strict PIC definition. I hope (the Government) can review the criteria and work on a more market-oriented definition of research and innovation and to drive more adoption by companies in this area.”

He also suggested providing incentives under the mergers and acquisitions scheme for companies to acquire small and micro enterprises, he said.

Nominated MP Teo Siong Seng, who is the Immediate Past President of the Singapore Chinese Chamber of Commerce & Industry, felt that micro-enterprises and traditional industries, which are facing challenges such as rising rental and manpower costs, did not benefit much from the Budget. He urged the Government to consider their difficulties when implementing policies.

The Government could reward construction firms by reducing the foreign workers’ levies in return for the adoption of technology, for example, she said.​