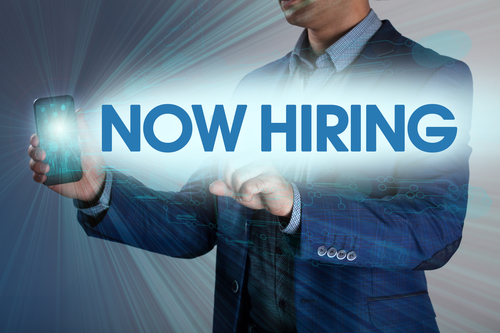 2017 is shaping up to be a positive year for online recruitment in the Philippines, as the upward trend of online hiring from the second half of 2016 continues into the New Year, according to Monster.com.

Overall, the Philippines got off to a slow start in 2016, when all industries collectively witnessed a -10% year-on-year dip in hiring activities in January. This was then followed by a -12% year-on-year decline in February – the steepest drop in the series.

In April, the country saw its first positive growth at 4% year-on-year, and continued to see consistent positive hiring trend for the rest of the year. While there was a slight annual dip of -2% in September, recruitment activity quickly picked up from October. As of December 2016, the Philippines recorded 3% annual growth in online hiring activity.

“The local Philippine economy has held up relatively well against external storms in 2016 as when compared to its regional counterparts. This is attributed to the country’s sound fundamentals and other strong policies that were put in place, positioning the country as a shining spot for business opportunities and investments, and in turn greatly boosting job opportunities for locals, and the economy on the whole,” said Sanjay Modi, Managing Director of Monster.com (APAC and Middle East).

“In 2017, the country can expect to see a lot more spikes in employment activities, particularly at the start of the year where companies are warming up their engines for the new fiscal year ahead and will see a demand forfresh talent to facilitate operations, especially in the Tourism, Manufacturing and BPO sector. On top of that, the government has planned to create at least 1.2 million new jobs each year until 2022 to fully tap into the local untapped workforce, and will likely contribute to hiring numbers in 2017.” 2016 has been a great year for Philippines’ banking sector, which defied the regional downward hiring trend and recorded 12 consecutive months of positive annual growth. The sector kicked off with 14 percent year-on-year growth in online hiring in January, seeing its steepest growth in May at 28 percent year-on-year.

The year capped off with 20 percent annual growth in December, and saw an overall 15 percent year-on-year average growth for the year.

2016 has seen various spikes and dips in the online demand for the Marketing professionals across the country. In January, the sector recorded an-11 percent year-on-year decline in online hiring of these professionals.

Demand for HR professionals may see improvement in Q1 2017

The MEI is a gauge of online job posting activities recording the industries and occupations showing the highest and lowest growth in recruitment activity.