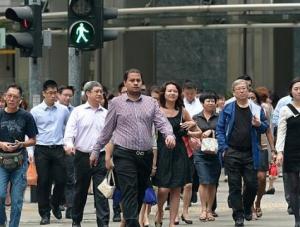 The Singapore People’s Party said that at this point in the evolution of Singaporeans’ socio-economic needs, the Government must go further to help locals, beyond recent initiatives such as the Pioneer Generation Package.

“It is not sufficient just to create jobs. It is equally important to create relevant jobs that Singaporeans want and can handle,” said the party’s secretary-general Chiam See Tong on Tuesday in a May Day message.

He added that the Government needs to encourage more productive, innovative and cutting edge companies to help build Singapore’s productivity.

“There will then be limited growth for companies that are overly reliant on low wage foreign labour. Singapore has a few of these companies in the marine industry, for instance,” said Mr Chiam.

The Reform Party’s secretary general Kenneth Jeyaretnam, meanwhile, urged an economic model for Singapore which relies on an indigenous workforce “rather than having to import so many workers from the rest of the world”.

“Reform Party embraces the new technologies as the best hope of reducing our dependence on foreign labour. We have consistently called for a minimum wage or for greater controls on the use of foreign labour and to ensure that Singaporeans get priority in employment,” he wrote on the party’s website.

“Singapore’s workers continue to labour under a system that makes life harder for them,” said the SDP statement, signed off by secretary-general Chee Soon Juan.

“If we are to progress and build for ourselves sustainable living conditions where we enjoy a healthy work-life balance, our infrastructure is not over-stretched, and our wages can afford us a decent quality of life we must change direction.”