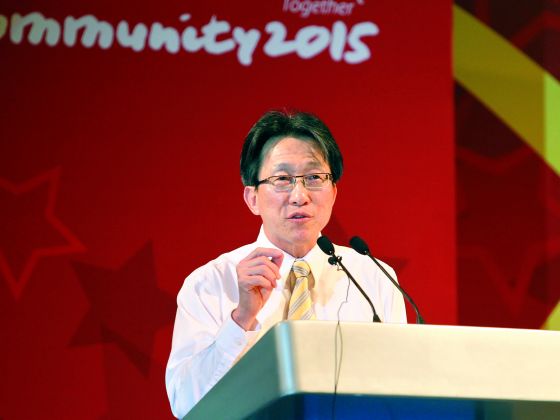 SINGAPORE — Industries and stakeholders need a greater and broader sense of urgency to change, said labour chief Lim Swee Say as he sought to explain why productivity growth was flat last year despite media coverage of companies that were embracing innovation.

There are many sectors with below-average labour productivity that are growing, he said. They include cleaning, construction, security, retail, landscaping and pest control companies, and the jobs in question include cashiers, ticket salesmen, waiters, light-goods vehicle drivers and low-end production workers.

These sectors continue to be labour-intensive and use outdated tools and methods, pulling down overall labour productivity levels if no improvements are made, said Mr Lim, who is also Minister in the Prime Minister’s Office, during the budget debate in Parliament yesterday. “Worse still, they are still growing very fast in terms of manpower requirements.”

It is “sad” that some companies are resisting change and would rather go out of business than change their operations, but others are leading the way, he added.

Some landscaping companies are using remote-controlled grass-cutting machines, resulting in work done faster with fewer workers, who in turn earn more. In the marine sector, some welders are now operators of welding machines that enable the task to be done more quickly and consistently.

And some landlords of shopping malls help tenants with recruitment and conduct on-site training to improve skills, productivity and wages.

These are “common sense” illustrations, but Mr Lim said: “Unfortunately, after years of high growth in manpower and unskilled labour, common sense is not so common on the ground anymore.”

Manpower will always be Singapore’s most critical resource and Mr Lim said, using bricklayers as an example, that the best ones are those who do not simply lay bricks “one by one”, but who look at building houses, schools and hospitals.

Several Members of Parliament (MPs) who spoke yesterday, however, questioned if productivity and innovation grants were being optimised.

Nominated MP Eugene Tan said Productivity and Innovation Credit (PIC) grants should be given to firms that are able to demonstrate productivity improvements. “I hope we are not throwing good money after vanity projects or funding electronic playthings like handphones and tablets that sometimes are bought primarily for personal use.”

Dr Lee Bee Wah (Nee Soon GRC) said funds from the PIC and other schemes targeted at small and medium enterprises were not disbursed quickly enough.

She highlighted two companies whose PIC grants were approved six and seven months after they applied for them. “For smaller SMEs, this is very difficult on their cash flow,” she said.

As a result, some SMEs could take a conservative approach and turn a deaf ear to calls for innovation, which ultimately affects their competitiveness, said Dr Lee, who called for red tape to be reduced.

Mr Zaqy Mohamad (Chua Chu Kang GRC) said small firms, especially those with 10 or fewer workers, need to be approached differently. This is because the PIC and PIC+ grants generally promote productivity improvements within companies and are more suitable for mid- to large-sized firms.

“For the small-sized SMEs, we may need a more cross-industry or cross-sector productivity drive … the Government may have to roll up its sleeves to drive transformations across a cluster of small companies at (the same) time within the business grouping or within a supply chain,” he said.

Nominated MP Janice Koh drew attention to the creative industry, where many companies are small-scale, such as design, fashion or publishing firms. Their operations are often too small or too labour-intensive to benefit from automation and they rarely have enough capital to upgrade and expand.

Calling for creativity to be viewed as a national priority, Ms Koh said the vibrancy of the industry is important because it is an indication of the quality of Singapore’s ideas and enables the nation to stand out from other creative economies.