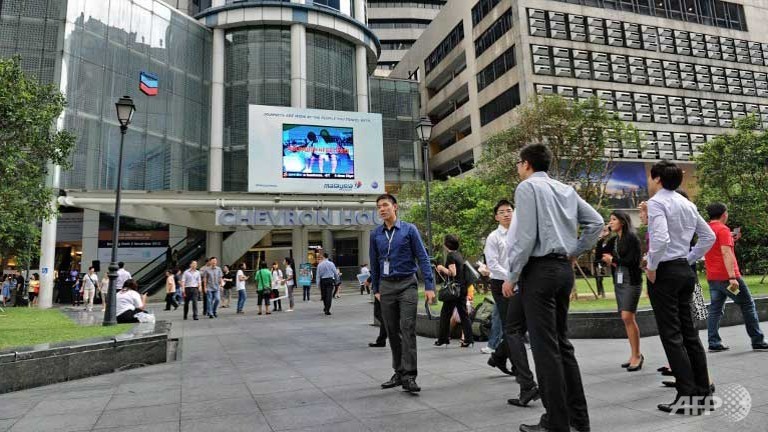 SINGAPORE: More locals were employed in 2013, while the growth of foreign workers slowed.

According to the 2013 Labour Report by the Ministry of Manpower (MOM), unemployment remained low and more jobs were created, mainly for locals.

Amid the foreign manpower tightening measures, foreign employment gains continued to moderate in 2013, at 4.2 per cent, compared to 5.9 per cent in 2012.

MOM said the growth in real median monthly income (including employer CPF contributions) for full-time employed Singapore citizens was 4.6 per cent in 2013, up from 1.2 per cent in 2012.

It added that firms must continue to improve productivity and reduce reliance on manpower.

The current high rate of local workforce growth will be difficult to sustain in the long run due to demographic constraints.

Labour productivity growth has also lagged behind income growth slightly in the past five years.

Following several quarters of negative or flat growth, labour productivity rose over the year by 1.6 per cent and 1.4 per cent respectively in the third and fourth quarters of 2013.

This was mainly driven by improvements in the manufacturing sector, and wholesale and retail trade industry, as well as the continued productivity growth in the finance and insurance industry.

But construction and the remaining service industries continued to see flat or negative productivity growth.

MOM said firms will need to implement more manpower-lean methods of driving business growth in order to survive and thrive.