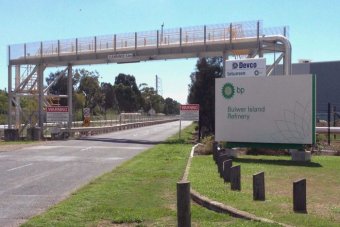 Global oil giant BP will shut its Bulwer Island refinery in Brisbane with the loss of hundreds of jobs.

Andy Holmes, president of BP Australasia, told a press conference in Melbourne that the refinery was being closed because the emergence of major export-based refineries in Asia operating on a lower cost base had “transformed the industry”.

“[It has] presented the Bulwer operation with an unsurmountable challenge,” he said.

Mr Holmes said the company had invested “heavily” in the Bulwer Island refinery, and that every effort was made to keep it open.

“This is a difficult day of the people of Bulwer and we are doing everything we can to support them,” he added.

He said the plant’s closure would involve “unavoidable disruption” to employees and their families.

“Every effort will be made to minimise that disruption and given the quality of our people I am sure they will be of considerable interest to other employers in the oil and gas sector in Queensland and beyond.”

Mr Holmes said he did not believe that today’s decision would affect Australia’s energy security.

The refinery produces 101,000 barrels of oil per day, according to the BP website.

BP’s other refinery is in Western Australia.

The move follows Shell’s February decision to sell its Australian refinery as well as 870 petrol stations to Vitol for $2.9 billion.

The sale was part of a global move away from “downstream operations”, the company said. It also sold refineries in the United Kingdom and Europe.

Shell said there were no job losses among the 450 employees at the Geelong refinery.

“I understand that BP is making steps to retain some of the workers but obviously not all,” he said.

“Refining has been under challenge in Australia for many years now. We’ve seen refineries across Australia dealing with those challenges.

“Obviously we’d encourage BP and [federal] and state governments to work cooperatively to ensure every assistance is given to those workers.”

He said the Federal Government needed a plan to deal with mounting job losses.

“We need a plan for dealing with this.

“This government seems more devoted to spinning their way into May’s budget than they are determined to assist workers affected by change.”

“Once again, manufacturing jobs have been shed, with little thought for how these workers might make their way in a difficult labour market,” he said.

“The fact this has come with no consultation makes it even harder for our members to absorb.”

BP’s announcement is the latest in a series of job cuts across Australian industries.

This morning, Philip Morris announced it would close its Melbourne cigarette factory, where up to 180 workers will lose their jobs. The company said it would be moving the manufacturing jobs to South Korea by the end of the year.

The car manufacturing industry has also suffered serious blows in Australia in the past 12 months.

Car manufacturer Toyota announced in February it would move all production out of Australia by 2017. Almost 2,500 manufacturing employees are expected to be affected by the closure.

Holden’s closure will see nearly 3,000 workers lose their jobs and Ford’s closure will cause the loss of 1,200 jobs. There are also concerns the closures will see flow-on effects for the car parts supply industry.

In February Qantas also announced job cuts equivalent to 5,000 full-time positions, after the airline posted a half-year loss of $252 million.