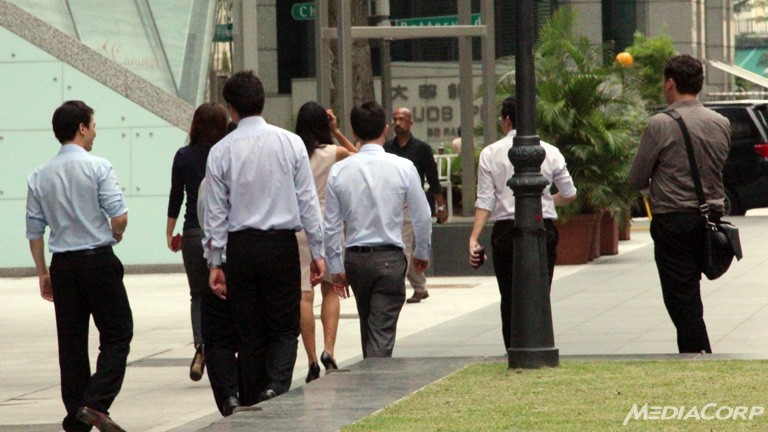 SINGAPORE: With economic growth seen picking up, after a weaker than expected start to the year, firms may be more willing to hire towards the year-end. Human Capital Singapore, the national human resource training centre, says vacancies may open up in banking and finance, among other sectors.

“If you look at some statistics that were released in the market, it has indicated that at least about 53 per cent have indicated that they will hire more. And out of this 53 per cent, 33 per cent of them are saying that, they are looking at, at least hiring another 10 additional headcounts,” said Chief Executive of Human Capital Singapore, Ms Ho Geok Choo.

With foreign worker limits in place, service-oriented industries like food and beverage may feel the squeeze. And so, to cope during busy festive seasons, more firms may look at stop-gap solutions.

“What is very fashionable nowadays is where, they are beginning to bring in people on a short-term basis – that means contract-for-service, rather than contract-of-service. So they might hire them for six months to 12 months,” Ms Ho said.

However, one sector with a tepid hiring outlook may be manufacturing, with growth relatively sluggish as firms restructure.

“There is drag coming from the electronics cluster in the overall manufacturing sector. On the other hand, we are seeing some upside surprise coming from the pharmaceutical cluster, as well as the marine, offshore marine engineering cluster,” said Mr Irvin Seah, a senior economist at DBS Bank. “But that being said, these two clusters tend to be quite volatile.”

Economists expect the unemployment rate to be 1.9 per cent at the end of 2014. This, they say, is pretty much a situation of full employment, which means there’ll be no letup in the tightness of the labour market.