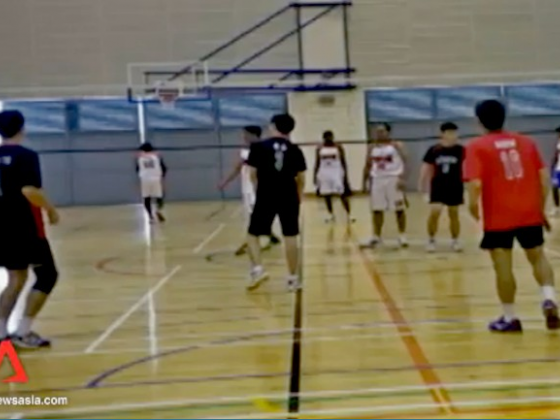 SINGAPORE — Workers from different countries will soon compete in a sports tournament specially planned for them.

The Humanitarian Organisation for Migration Economics (HOME) is organising the second Migrant Olympics this year.

The advocacy group hopes to lift the mental well-being of the workers through sports.

Some 500 workers from India, Indonesia, Philippines and Myanmar competed in sports like volleyball, basketball, badminton and bowling.

HOME said sports is important as it helps to improve the mental well-being of migrant workers, and that workers need other diversions that can keep them physically and mentally fit.

Last year’s Games was funded by MacQuarie Foundation, and HOME is hoping to get them to pledge its support again in 2014.

This year, HOME is planning a much bigger Games.

It aims to get 3,000 workers, and from more countries, to participate.

This year, the Indonesian Embassy has pledged its support again.

Sukmo Yuwono, counsellor at the Embassy of the Republic of Indonesia, said: “The response was very good. They were very enthusiastic during the Games because they were able to develop the sporting spirit playing with other migrant workers in Singapore.”

The Migrant Workers’ Centre has also voiced its support for the Games, describing the scale this year as “admirable”.

It believes such tournaments can pave the way for the workers to participate in the local community and even national games.

Bernard Menon, executive director at Migrant Worker’s Centre, said: “It might help open the door in terms of social integration, and give the opportunity… (for) Singaporeans… (to) notice the migrant workers as they play sports alongside (them) and start to make them more accepting, and understand the migrant workers if we started making them teammates first.”

This year’s Migrant Olympic Games is scheduled for September as part of HOME’s 10th anniversary.