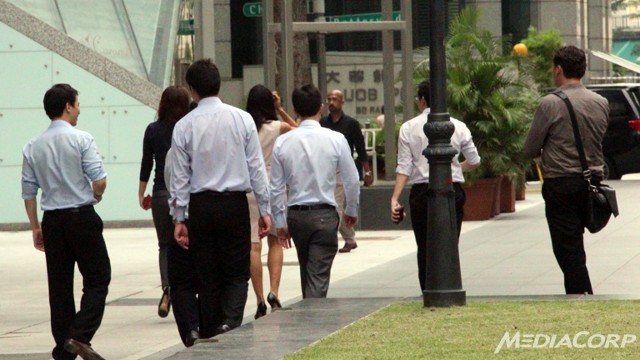 SINGAPORE: With few people keen to stand for eight hours under the sun to snap photos, a souvenir-imaging provider at tourist attractions such as theme parks has decided to start offering flexi-work arrangements to attract job-seekers.

Offering prospective employees several options, such as allowing them to work only three days a week – together with other incentives such as three days of annual leave – has helped Digiphoto Entertainment Imaging solve its manpower problems.

The company was among those that took part in a one-day Flexible Work Arrangements Job Fair organised by the National Trades Union Congress (NTUC) Women’s Development Secretariat.

Since Digiphoto rolled out its scheme last month, it has attracted 35 flexi-workers. The firm has 106 full-time employees, including office staff.

Its training manager, Ms Reenu, said: “With tourists arrivals going up in Singapore, we need that number of people.”

Apart from Digiphoto, 15 other companies from retail and other industries – offering flexible arrangements such as staggered hours and part-time jobs – took part in the fair. It was held at the Devan Nair Institute for Employment and Employability in Jurong East.

Of the more than 500 job-seekers who attended the fair, about 200 people were shortlisted or offered a position. The fair, the second such event to be held this year, is in line with the Government’s efforts to get women and older residents to rejoin the workforce to ease the manpower crunch that Singapore is facing.

As Stephen Lee, president of the Singapore National Employers Federation, noted in his May Day message, flexible work arrangements are helping employers to retain older workers and women.

“Such flexibility will also help attract the economically inactive older residents and women, numbering about 375,000, into the workforce to ease the manpower shortages faced by employers,” he said.

Another company which has benefited from flexible work arrangements is Clean Central. The cleaning company, which also participated in the fair, has 15 full-time staff and hires about 30 to 50 part-time workers.

Clean Central’s manager Michelle Tok said its part-time cleaners have to work at least four hours a day. “We do small offices … we don’t need them to work for the whole day,” she said.

Speaking to reporters on the sidelines of the fair on Thursday (Nov 13), Sylvia Choo, director of NTUC Women’s Development Secretariat, said with the tight manpower situation, employers are exploring ways to attract workers.

“This is one way where we can look at the needs of the various job-seekers and tweak the working arrangements a little bit so that we can get them employees,” she said.

The first Flexible Work Arrangements Job Fair in March attracted more than 780 job-seekers and more than 300 of them were shortlisted or offered a position.