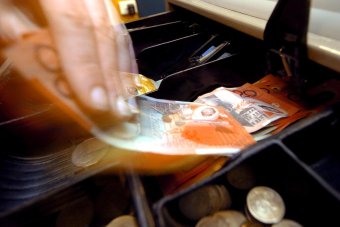 The Abbott Government has asked a major review of workplace awards to assess whether minimum terms and conditions, including penalty rates, are still relevant.

The Government is also encouraging the Fair Work Commission (FWC) to take the cost of labour into account when reviewing the awards which set basic terms and conditions.

It follows a warning by Employment Minister Eric Abetz that Australia risks a “wages explosion” if bosses do not start saying no to workers and unions requesting pay rises.

There are 122 modern awards which cover most jobs and employees across a range of industries, except managers earning more than $130,000 per year and workers bound by agreements.

“The commission should consider the impact of employment costs on employers’ decision to hire workers over the next four years,” the Government’s submission states.

The Minister also wants the commission to take the softening economy into account when setting modern awards.

Read the Government’s submission to the Fair Work Commission here.

The FWC is beginning its scheduled review of modern awards this month, which the Government in its submission acknowledges has “the potential for significant changes”.

Asked for further comment on the submission, a spokesman for Senator Abetz said “it would be inappropriate to provide additional commentary while proceedings are underway”.

Unions have been quick to attack the Government’s submission as backing employers’ attacks on workers and conditions.

“This is the Government backing employers by proxy,” Australian Council of Trade Unions spokesman Tim Lyons told the ABC.

When challenged with the claim on the day before the election, Mr Abbott accused Labor of telling “bare-faced lies”.

“They have no evidence for this because it’s not true. It’s not true,” Mr Abbott said at the time.

“We leave the wage-fixing system exactly as it is and penalty rates will be a matter for the Fair Work Commission tomorrow as they are today.”

“We think there should be a greater deal of flexibility when it comes to working weekends,” he said.

The FWC is an independent body which takes a variety of submissions into account.

Its first conference to discuss the modern awards review is on Wednesday.