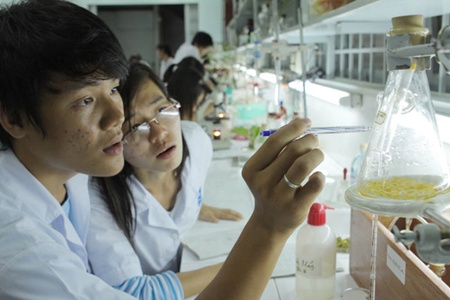 Labour demand has remained stable, with growth of only 0.75 per cent in the second quarter, compared with the first quarter, the centre said.

Recruitment demand has increased for professional and technical skills rather than for manual workers.

Demand for manual labourers accounted for 35 per cent of the total, a drop of 22 per cent compared with the same period last year.

The reports also revealed that processing and production enterprises, which have the biggest number of manual workers, have retained their existing workforce.

Demand for manual labourers in the first six months of this year dropped 13.5 per cent year-on-year.

In addition, demand for workers who have primary vocational training certificates was 8.5 per cent of the total demand, a growth of 1.5 times compared with the same period last year.

The demand for university graduates was 15 per cent of the total.

Job growth in the finance and banking sector fell by nearly one-fifth, and only 40 per cent of the jobs were for official (managerial) positions.

The need for technical workers in the electronics and electricity sectors remained high, while demand for human resources staff was 30 per cent of the total.

Demand for professional and technical skilled workers is expected to increase in the last six months of this year and in 2015 when the country officially integrates with the ASEAN (Association of Southeast Asian Nations) labour market, in which workers from member countries will be allowed to take jobs in other ASEAN member markets.

Of the total demand, manual workers will comprise 36.5 per cent; labourers with vocational certificates, 22.5 per cent; and university graduates, 12.5 per cent.

For the rest of the year, more graduates, students and workers who have lost their jobs will be looking for jobs, an increase of 10 per cent over the first six months of the year.

However, employees will not be jumping from job to job as much as they have in the past, as they prefer to have a stable job.