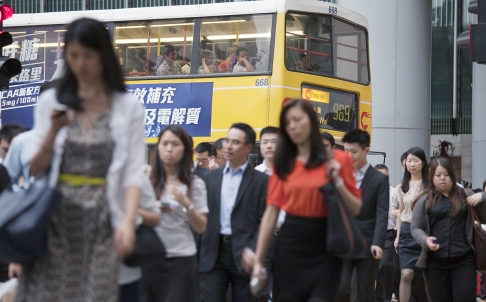 Almost half of Hong Kong’s employers plan to recruit more staff in the second half of this year, according to a survey, the strongest hiring trend since late 2011.

The poll reflected growing confidence among the city’s bosses, according to international recruitment agency Hudson, which conducted the survey of 241 employers in the city.

The study comes as some employers complain of labour shortages amid record-low unemployment levels.

“Improved local business conditions spurred by the gradual recovery of the global economy have injected more confidence into the Hong Kong market,” Hudson Hong Kong general manager Tony Pownall said. “Companies are looking to take on staff to ensure they are ready to capitalise on opportunities when the economy picks up.”

Some 47.8 per cent of respondents said they planned to hire more people. Just 1.6 per cent expected to cut numbers.

The trend was a sharp improvement on the firm’s previous study, released in January, which found that 38.3 per cent of employers planned to hire staff.

Pownall said retailers had a strong incentive to hire despite statistics last month showing that retail sales in April were down 9.8 per cent year-on-year to HK$38.8 billion. The survey found that 49.2 per cent of retailers planned to increase staff numbers. Pownall said many retail companies saw Hong Kong as an important market and hoped to expand.

Caroline Mak Sui-king, chairwoman of the Hong Kong Retail Management Association, said the retail sector already had a 10 per cent staffing shortfall. But she could not say for sure that firms were looking to increase their overall staff levels.

Employers in construction, catering and retail have called on the government to make it easier to employ staff from abroad.

Hudson’s survey, conducted in May and last month, found that 47.3 per cent of employers in Singapore and 53.2 per cent in mainland China planned to recruit staff later in the year.

Unemployment remained steady at 3.1 per cent from March to May, Census and Statistics Department figures show.