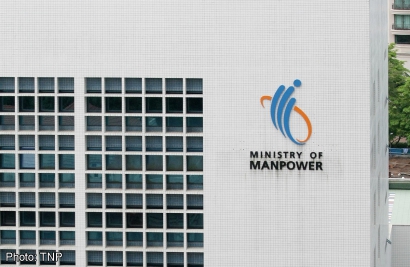 SINGAPORE — Seven employers have been fined between S$8,000 and S$56,000 for falsely declaring the salaries of their employees, while another employer charged for the same offence had his case adjourned to May 8.

The Ministry of Manpower (MOM) had on Thursday charged the eight employers — seven Singaporeans and one Singapore permanent resident — with providing false salary information to the Controller of Work Passes.

The employers, franchisees of the local convenience chain store 7-Eleven, had made the false declarations between Nov 11, 2010 and Sept 11 last year when applying for 41 work passes, comprising 35 Employment Passes (EPs) and six S Passes.

Applicants of EPs or S Passes must meet a minimum salary requirement of S$3,300 or S$2,200 per month, respectively.

The ministry’s investigations revealed that although the eight had declared they would pay salaries ranging from S$2,400 to S$4,550 to the foreign employees they were hiring, they allegedly intended to pay them salaries that were much lower, which contravened the Employment of Foreign Manpower Act.

Further investigations by the ministry also showed that two employment agents had facilitated the placement of 21 of the 41 foreign employees and allegedly submitted false salary information in the work pass application forms.

The agents, a 28-year-old Singaporean director and a 32-year-old Indian national, were charged on Thursday with furnishing false salary information. One agent was fined S$22,000 and the other S$40,000. Both were employees of Ethics Career Solution.

As for the 41 foreign employees involved in the scam, the MOM said it had taken action against them in February.

The ministry said some of the employees had the much-lower salaries paid in cash, while others would receive the declared salary in their bank accounts before returning their employers a cash amount that ranged between S$600 and S$3,350 a month. All were charged in court on Feb 18 and 27.

The MOM said it carries out stringent checks to detect and take action against false applications. It is currently investigating other cases of false declarations involving 256 foreigners hired by 93 employers.