What are the Pay Benchmarking Challenges Faced by Organisations Owing to Exchange Rate Fluctuation? 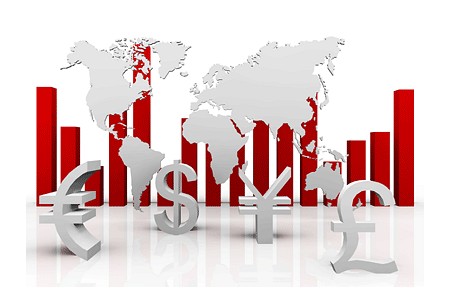 One of the most consequential economic headwinds in recent years is the depreciation, or appreciation of the home currency vs other currencies that may be used for compensation benchmarking. In the last year, the British pound has swooned 16% against the US dollar, whereas the Japanese yen strengthened considerably.

These rates have important implications for companies that handle payroll in multiple companies and across common borders, such as companies in mainland China paying in Chinese Yuan and in Hong Kong paying in Hong Kong dollars.

To what extent has the exchange rate fluctuation affected the value of common currencies over the past five years? What pay benchmarking challenges arise because of this fluctuation? What tactics can be used to manipulate the challenges?

Mercer’s Impact of Currency Volatility on Compensation Benchmarking examines the impact of exchange movement on benchmarking results and provides tactics to mitigate the impact of currency volatility.

What Currency is the Home Currency?

For example, oil companies in Nigeria or Venezuela often use the US dollar as its benchmark. Thus compensation paid in Nigerian Naira or Venezuelan Bolivar maybe sources of currency volatility relative to the “home currency.”

While spot rates, the exchange rates posted by US treasury and its foreign equivalents providing reliable, near-instant bases for converting currencies might seem the way to go for benchmarking compensation. Mercer warns, “Using spot rates when benchmarking compensation is quite possibly the worst way to manage the impact of inevitable currency volatility. Since they are constantly in flux, their validity is fleeting and susceptible to macroeconomic disturbances that do not necessarily impact the labour market.”

Using spot rates further exacerbates the challenge of competitive benchmarking because it maximizes the extent to which the value is left to chance.

Tactics to Mitigate the Impact of Currency Volatility

Here are some methods companies can adopt to analyse pay competitiveness that is impacted by unstable currency movements:

Given the unpredictability of currency movements, the best strategy is to make the impact transparent to proxy readers by providing supplementary information, such as showing competitive pay positioning using 12-month trailing average or constant exchange rates. Further the role currency volatility played, if in, any of the pay decisions can be discussed in the compensation report.

Also read: Financial Institutions in Asia are adopting a Cautious Outlook towards Compensation for 2016: Mercer Reports