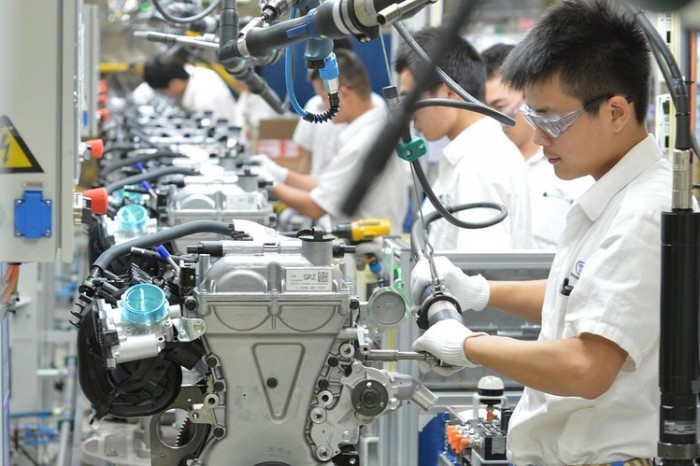 The shrinking workforce in China affects economic transition, with dwindling pool of workers in the manufacturing sector and college graduates lacking skills to support growth of the service economy. The country’s labour force is expected to drop to 906 million workers in 2016, thus pushing up labour costs and prompting firms to relocate outside the mainland.

The country’s working-age population between the ages of 16 and 59 has declined for three straight years since 2012, said Zeng Xiangquan, head of the China Institute for Employment Research at a seminar held at Renmin University, Caixin Online reports.

This downward trend is likely to continue with the country’s workforce shrinking about 700 million people by 2050, said Li Zhong, spokesperson for the Ministry of Human Resources and Social Security earlier in July this year. As factories in China are struggling to recruit new skilled workers, manufacturers in the country are forced to relocate base to Southeast Asia. Further, the labour shortages have pushed up salaries as well.

Also, the one-child policy that led to drop in birth rates has led to decline in the number of young people entering the workforce. Hence, the pool of semi-skilled blue-collar workers has declined significantly, with more youth opting for college education and keen on joining service sectors.

Nearly half of the new entrants in the Chinese market have a college degree, but there is a great mismatch in the skills that industry demands and the ones they are equipped with.  Zhang Juwei, director of the Institute of Population and Labour Economics of the Chinese Academy of Social Sciences said, the Chinese education system needs to offer better vocational training and teach practical skills to the youth.

The country is also expected to shed 1.8 million workers to trim overcapacity in coal and steel this year, these workers cannot be easily absorbed into the manufacturing sector because they have only nine years of schooling on an average.

The overall labour shortage can impact China’s transition from a manufacturing economy, to service and consumption-driven one.