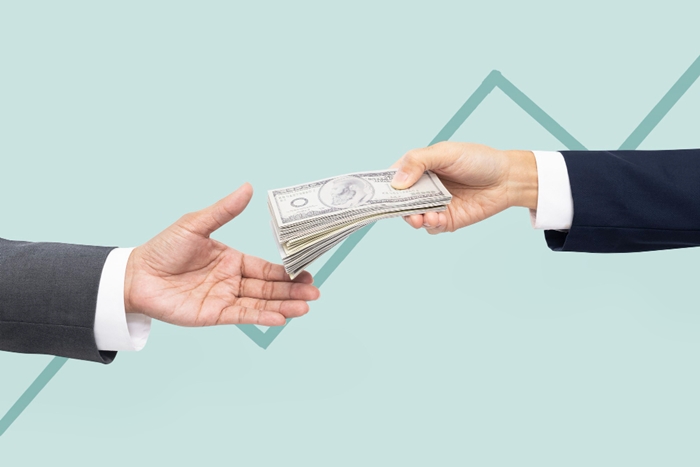 According to the latest Salary Trends Report by ECA International (ECA), workers in Singapore will see a higher increase to their salaries in 2022, with expected average salary increases of 3.5%. After factoring inflation, which looks set to remain around the same levels as this year at 1.5%, employees in Singapore will see a real salary increase of 2.0% on average – up from 1.2% this year.

“Workers in Singapore are set to see a notably higher increase to their salaries than in previous years, with the predicted 3.5% rise up from 2.8% this year and 2.5% in 2020,” said Lee Quane, Regional Director – Asia at ECA International. “Similarly, we are forecasting that just 6.0% of companies based in Singapore will implement a pay freeze in 2022, significantly down from the 22.0% that put in a pay freeze this year. This all points to a much-improved outlook for workers in Singapore as the economy gradually recovers from Covid related restrictions and uncertainty.”

ECA International is the world’s leading provider of information, software and expertise for the management and assignment of employees around the world. The annual Salary Trends report analyses current and projected salary increases in more than 70 countries and cities across the world.

As in previous years, the Asia Pacific region is expected to lead the way once again in terms of salary increases for workers with a predicted average real increase of 1.9% across the region. This is higher than any other region, with the global real salary increase forecasted to be just 0.9% on average.

“Although some regions, such as the Americas and Africa and the Middle East, have a higher nominal increase forecasted, the APAC region is predicted to have much lower levels of inflation in 2022. This means that once inflation is taken into account, workers in APAC will see a much higher real salary increase than anywhere else in the world,” Quane explained.

Workers in China are predicted to see the second biggest salary increase in the region next year in real terms at 4.0%, only surpassed by Vietnam.

Quane explained, “At this point in time, workers in China are expected to see the second largest real salary increase in Asia Pacific in 2022. However, there are several threats to this which include the extent to which China’s zero-Covid policy may impact economic growth as well as the potential for inflation rates to surpass forecasted levels in 2022.”

Southeast Asian nations will be amongst those countries expected to see the fastest rate of salary increase in 2022 versus 2021 as their economies recover. This includes Indonesia, Vietnam, Thailand and Malaysia as their economies begin to recover from the effects of the Covid-19 pandemic and international travel resumes.

Quane said, “Indonesia and Malaysia were among the countries most impacted by the pandemic and are expected to see some of the biggest jumps in rates of salary growth in Asia Pacific in 2022 compared to 2021, as their respective economies start to return to normality after the pandemic. If these countries are able to keep inflation under control in 2022, the improved economic outlook will mean that real salary increase rates for workers in these countries will be some of the highest in the region.”

Workers in Hong Kong will see their salaries increase at a faster rate in 2022 than in 2021, although not as fast as many other Asian nations. Salaries are set to rise by 3.2% on average in 2022 and after factoring in the forecasted 2.1% inflation for next year, this means workers in Hong Kong will be left seeing a real salary increase of 1.1% – almost double the real salary increase of 0.6% that was seen this year.

Quane said, “Workers in Hong Kong will be pleased to see that their salaries are set to increase again next year, with a much needed 3.2% boost on average before inflation. However, when compared to the salary increases seen in other Asian nations, Hong Kong still lags behind many of its neighbours. Workers in Singapore and Taiwan are predicted to see bigger salary increases in 2022, both forecast to see increases of 3.5%, while employees in China are expected to see an average salary increase of 5.8%”.

“Taiwan managed to escape many of the worst economic effects caused by the Covid-19 pandemic due to its early success in mitigating the effects of the virus overall. Therefore, although the rise in salary increases of 0.3% is fairly small, this is due to the fact that companies in Taiwan managed to keep a fairly stable level of salary increases over the past few years. Indeed, Taiwan has rebounded more broadly than some of its neighbours with only 9.0% of workers seeing a salary freeze this year compared to 22.0% in Singapore and 18.0% in Hong Kong,” said Quane.

Outside of Asia, the outlook looks set to be much more mixed as the average salary increase globally is predicted to be 4.6% – however, when factoring in the higher levels of inflation elsewhere in the world, the real salary increase worldwide will be just 0.9%.

“Despite many Asian nations expecting to see improved consumer buying power with real salaries increases both this year and next, the same unfortunately cannot be said for every country as supply chain issues and rising gas prices have fuelled inflation while the effects of the pandemic continue to take their toll on salary increases for many. This trend looks set o continue for workers in many locations who will see decreases to their salaries in real terms next year, as inflation outstrips any nominal increase. This is even the case for a major economy such as the United States where workers will see a 0.5% decrease in real terms,” said Quane.

Argentina is once again at the bottom of the rankings with a forecast real salary decrease of 10.0% in 2022, despite the fact that inflation is predicted to halve to 25.0% in from 51.4% this year.