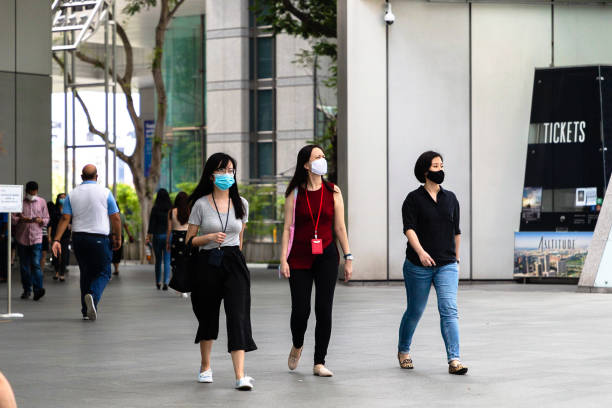 Today’s job market is indeed tight in Singapore. In fact, many workers would actually consider quitting their job. According to a new study published by UiPath, an enterprise automation software provider, the majority of office workers in Singapore are experiencing higher work pressure as a result of colleagues quitting in the last year. As a result, nearly half of respondents, 48% to be specific, claim they would like to quit their job within the next six months. Here is an in-depth look into the report.

The Great Resignation: A Severe Challenge

Two-thirds of office workers in Singapore, which is equal to 66% respondents, are under increased pressure at work as a result of colleagues quitting within the previous year, the third highest of the 7 countries examined. Shockingly, 86% of respondents said they had to take on up to six extra duties outside of their job descriptions as a result of colleague resignations, and 69% said they have no idea what their responsibilities are anymore.

In Singapore, 73% of respondents revealed they are interested in or may be encouraged to seek a new job in the next six months. 32% or roughly one-third of respondents say they are now looking for employment, and 28% claim they have had interviews with other companies in the last six months. Additionally, a staggering 97% of people admit they are fatigued at the end of a working hour at least once a week. Increased strain on work/life balance becomes the most notable reason for employees to look for other jobs, as revealed by 40% respondents.

Lack of employee appreciation (28%) and spending too much time on administrative tasks (27%) came second and third as the reason for workers to leave their current job. These tedious administrative tasks include replying to emails (41%), organizing calls and meetings (33%), and entering data/creating datasets (33%).

The Demand for Automation

Employee discontent and insecurity are exacerbated by mundane roles and responsibilities. Employees also welcome new systems and technology like automation to allow them to focus on work that matters. Three out of five surveyed workers in Singapore (61%) believe that jobs that could be automated take up too much of their time and with the help of automation, 76% of them believe they can focus on more creative work. Additionally, more than half (52%) feel that automation may help them perform better at work by saving time (62%), enhancing productivity (57%) and focusing on more important tasks (50%).

Office employees in Singapore are feeling burned out, according to Rick Harshman, Senior Vice-President and Managing Director of Asia Pacific and Japan at UiPath. Employees are looking for meaningful employment, work/life balance, and recognition. As the fight for talent escalates in the country’s tight job market, he encourages businesses to innovate and restructure with a long-term perspective. Although Singapore’s job market recovery is likely to continue in 2022, Rick emphasized that companies must adopt technologies such as automation, which helps in minimizing mundane work and boost productivity, in order to retain and attract professionals.

The findings of UiPath’s 2022 Office Worker Survey emphasize the increasing role of automation as a means of enabling employees to feel engaged and fulfilled at work. Businesses can achieve a competitive advantage by using technology to free up employees’ time and increase their job satisfaction, which is increasingly a business priority. Automation not only saves employees time, but it also ensures that they are not dragged down by mundane duties that lead to burnout. Ultimately, automation can boost productivity levels and free employees up to focus on higher-value tasks like innovation.

UiPath has a vision to deliver the Fully Automated Enterprise™, one where companies use automation to unlock their greatest potential. UiPath offers an end-to-end platform for automation, combining the leading Robotic Process Automation (RPA) solution with a full suite of capabilities that enable every organization to rapidly scale digital business operations.

Rick Harshman is the SVP and Managing Director of Asia Pacific and Japan for UiPath. In this role, he is focused on making the automation market through expanding and accelerating customer success across the region.