Singapore Ranks 1# as the Most Liveable City for Expats 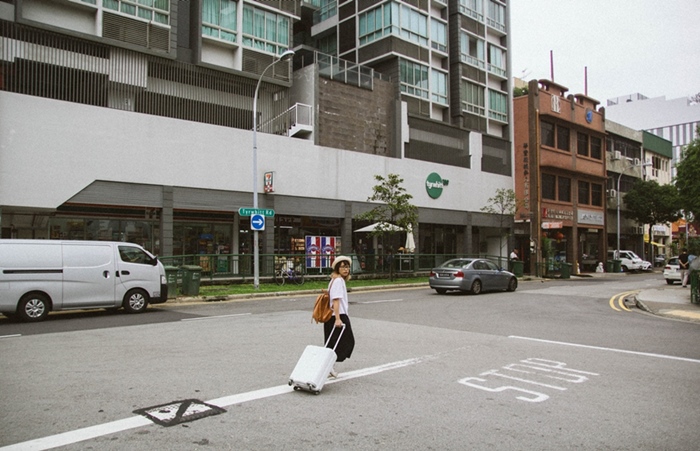 Photo by Tranmautritam from Pexels

Singapore has remained the most liveable location in the world for expatriates from East Asia in 2022, despite seeing its overall liveability score decline. This was one of the findings from the latest Location Ratings survey published by global mobility experts, ECA International.

“Singapore has remained the most liveable location in the world for overseas workers from other locations in East Asia, fighting off competition from Wellington, New Zealand, and various Japanese cities” said Lee Quane, Regional Director – Asia at ECA International. “This was in spite of its liveability score falling due to a combination of very strict lockdown measures. This means that the gaps between Singapore and the second- and third-placed cities have shrunk since last year. Factors that contributed to Singapore’s position at the top of the rankings include outstanding scores in other areas such as international schooling, infrastructure, and housing.”

Updated annually in November, ECA’s Location Ratings system objectively evaluates a host of factors to form an assessment of the overall quality of living in over 490 locations worldwide. The system helps companies establish appropriate allowances to compensate their employees, taking into account the adjustment required when going on international assignment. Factors assessed include climate, availability of health services, housing and utilities, natural phenomena, isolation, access to a social network and leisure facilities, infrastructure, personal safety, political tensions, and air quality. The impact of some of these factors will vary according to the home location of the assignee.

Elsewhere, many other Asian locations have fallen significantly in the rankings in the past 12 months, with the impact of the Covid-19 pandemic being the cause in many cases.

“Macau, which remains one of the most sealed-off locations, dropped 30 places in our rankings in the past 12 months,” said Quane. “Similarly, many locations in India, which placed widespread movement restrictions to combat the spread of Covid-19, fell in our rankings. This trend is also evident in many locations in China, where suspensions of direct air connections with international cities have resulted in continued disconnection from the world.”

Likewise, Hong Kong is now the 77th most liveable city in the world, down 19 places from last year.

Quane said, “Hong Kong has seen a significant drop in our latest liveability rankings partly as a result of the increasing censorship of local news and media, which has impacted the ‘freedom of news and media’ aspect of its overall liveability score. At the same time, many locations which were ranked below Hong Kong last year have relaxed their Covid-19 induced social distancing measures, causing them to move up our global rankings and overtake the city.”

Taipei has experienced the biggest fall in the rankings, dropping 31 places from last year to tie with Hong Kong as the 77th most liveable location.

“Taipei is normally a fixture in the top 50 most liveable global locations, but saw a notable drop this year,” said Quane. “Part of this fall was due to the ongoing effects of Covid-19 restrictions, which have reduced recreational activities for residents. At the same time, the city is witnessing a growing housing crisis, with a shortage of accommodation for Taipei’s growing expatriate population. However, the silver lining for expatriate workers is that this is not expected to be a long-term trend, and we will hopefully see an improved score as soon as pandemic-related restrictions eventually begin to ease” explained Quane.

The downward trend for Asian locations extended to mainland Chinese cities, which all fell in liveability rankings. The highest placed Chinese city, Shanghai, now sits in 117th place, while Zhengzhou saw the biggest fall and dropped 14 places to become the 194th most liveable city.

Quane explained, “Zhengzhou’s fall was partly due to the severe impact of the flood which occurred in 2021. However, like elsewhere in mainland China, the fall was also due to the ongoing restrictions which have been put in place to prevent the spread of Covid-19. These include some of the strictest immigration policies worldwide. At the same time, further restrictions on communications, such as limitations on overseas workers’ ability to access popular overseas websites, have also been reflected in our assessment and have contributed to their worsened rankings.”

In Southeast Asia, similar decline in rankings observed for Thai and Myanmar cities

Thai cities Bangkok and Chiang Mai also experienced a drop in their ranking. Both cities also sit well outside of the top 100 in 115th and 118th position respectively.

Quane explained, “There have been ongoing concerns in Thailand around Covid-19, with growing restrictions imposed in late 2021 in an effort to curb the high number of cases across the country. This has impacted the Thai cities in in our rankings. In the case of Bangkok, the score was worsened even further by the increasingly harmful level of pollution across areas of the city.”

Elsewhere, Yangon also fell significantly owing to the impact of the military coup in 2021 and the resulting campaign of civil disobedience and opposition to army’s actions.

Quane said, “While many locations in Asia fell in the rankings due to Covid-19 and the measures put in place to curb infection rates, Yangon saw a considerable fall for a very different reason – the military junta which continues to rule over Myanmar following a coup last year. As a result, there has been a significant change in many areas of our scoring, including personal safety, socio-political tensions, freedom of the media, and the availability of goods and services. Unlike in many other cases in our latest rankings, this unfortunately may not be a short-term trend that can correct itself in the near future.”

Read also: Rental Costs for Expatriates Drop Due to Pandemic