Spike in lay-offs by unionised companies 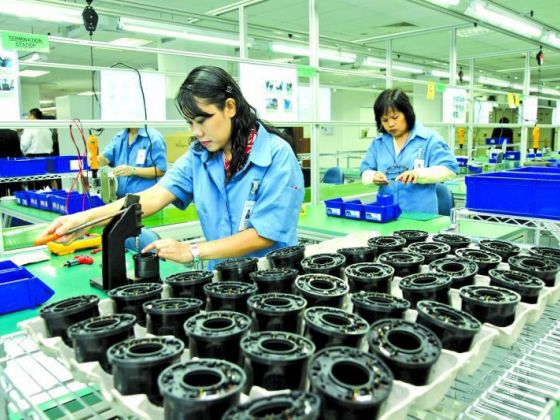 Spike in lay-offs by unionised companies

SINGAPORE — Reflecting the efforts to restructure Singapore’s economy, the number of retrenchments by unionised companies shot up by 76 per cent to 2,898 workers, despite signs of improvement in overall economic conditions flagged by economists.

Four in 10 of the retrenched workers — of whom 65 per cent are Singaporeans — lost their jobs due to ongoing company restructuring and shifting of production to countries such as Malaysia, China and Vietnam, said the National Trades Union Congress (NTUC) yesterday. Ninety-one per cent of the lay-offs were from the manufacturing sector, in particular the electronics, chemical and precision industries.

For the first quarter of this year, the NTUC expects about 200 lay-offs, mainly from a few companies in the electronics sector.

Nevertheless, workers in unionised companies enjoyed higher wage increases last year, due to collective bargaining and the adoption of the National Wages Council’s guidelines, the labour movement said at a media briefing yesterday. The tighter labour market also contributed to the wage increases.

According to numbers from the Ministry of Manpower released last month, about 7,200 workers were laid off as of the third quarter of last year. The NTUC’s retrenchment figures for last year are comparable to those for 2011, when 2,635 unionised workers were retrenched, but trail the 3,833 and 7,515 seen in 2008 and 2009 respectively, when the global financial crisis was felt full force.

CIMB Research Regional Economist Song Seng Wun felt the retrenchments last year were reflective of industry-specific challenges and not “an across-the-board slump in demand as a result of a global recession”.

DBS Bank Senior Economist Irvin Seah concurred, noting that while workers are generally facing an increase in wages due to the labour crunch, “this is not the trend that will be applied across all sectors and on everyone”. He added that the service sector will continue with its aggressive hiring, as the sector is more domestically-driven and Singapore still holds a competitive edge.

In contrast, the manufacturing sector would face stiff competition from the region because “this is a very externally-oriented sector, so cost and competitiveness are important factors”, he pointed out.

But Senior Regional Economist at Barclays Leong Wai Ho felt the pressure could shift away from manufacturing and towards industries sensitive to consumer sentiment, particularly the service industries, which has been tied to the property boom over the past few years.

“So, with the slowing of property transactions, I think industries associated with property booms such as financial services will also be affected … maybe slightly lower volumes of business. But whether it will induce these firms to retrench, that remains to be seen,” he added.