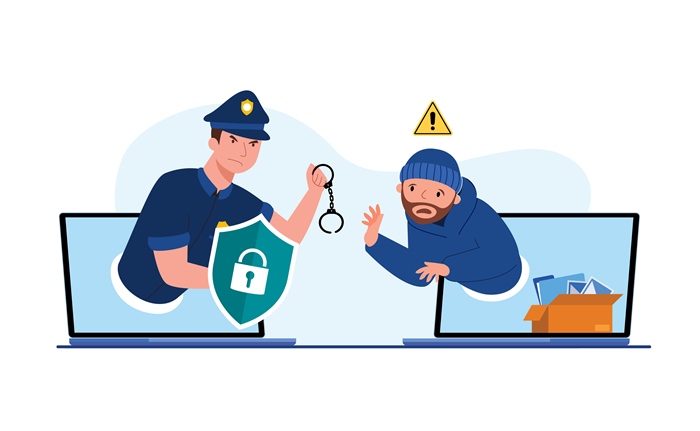 A joint force between Singapore and Malaysia police recently busted a transnational job scam syndicate based in Johor, Malaysia.

In a press release, the Singapore Police Force (SPF) stated that the Royal Malaysia Police (RMP) raided an apartment in Johor on Thursday (Aug 26),
following extensive joint collaboration and sharing of information between SPF and RMP. During the raid, they arrested three Malaysian men aged between 21 and 27 years old.  This scam syndicate is believed to be responsible for more than 188 cases of job scams reported in Singapore involving S$1,350,700.

“Preliminary investigations revealed that the group targeted Singaporean and Malaysian victims and laundered their criminal proceeds in Malaysia,” said SPF.

Since May 2021, the Singapore Police Force saw a surge in reports from local victims of job scams. In such cases, the syndicate would post job advertisements offering quick cash on different social media platforms or chat applications. The job would require victims, who are mostly job seekers, to assist in improving the sales of online platforms by ordering goods. The victims would subsequently be instructed to pay for the goods by transferring funds to different bank accounts. In return, the victims were promised reimbursements of the sums they paid and between 5% and 12% of the commissions.

The scammers would purportedly first reimburse the victims and pay them the agreed commissions in order to convince them that it was a legitimate job. However, the scammers would then purportedly induce them to deposit increasingly larger sums of money to earn more commission. At this point, the scammer would purportedly promise commissions only after a certain number of tasks had been completed. Consequently, payments were allegedly delayed or withheld, and the victims would only realize they had fallen prey to a scam when they did not receive the promised reimbursements and commissions.

To prevent more people fall victims to similar scams, the Police would like to advise the members of public to follow these crime prevention measures:

When in doubt, you may also call the anti-scam helpline at 1800-722-6688 or visit www.scamalert.sg to seek scam-related advice.