More than 40% Women in Malaysia Face Workplace Discrimination Due to Pregnancy: WAO Survey 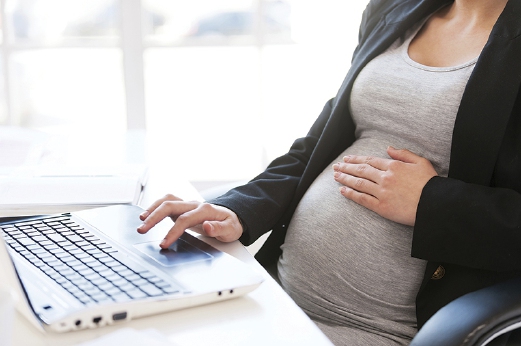 More than 40% of women polled have experienced job discrimination due to their pregnancy, as revealed in the Workplace Discrimination Survey by Women’s Aid Organisation (WAO).

The online survey polled a total of 222 women from across Malaysia to shed light on workplace discrimination towards pregnant women. The survey revealed the top five ways employers discriminated pregnant women, which include making their positions redundant, denying them promotions, placing them on prolonged probation, demoting them, and terminating their jobs.

WAO launched the survey to promote respect, protection and equal rights for women in the workplace, specifically for pregnant mothers.

“A woman should be free to choose if and when to have children. She should not have to fear losing her job because she has a baby. Malaysian policy makers must ensure that employers are not discriminating pregnant women. Terminating, demoting, or failing to hire or promote a woman because she is pregnant is gender discrimination,” said Sumitra Visvanathan, Executive Director of WAO.

“Our Federal Constitution and the Convention on the Elimination of All Forms of Discrimination against Women (CEDAW) prohibit gender discrimination. When employers penalise women for having children, employers are violating women’s human rights. Specifically, their right to have a family if they choose their right to work, and their right to be appropriately appraised and remunerated.” continued Sumitra.

According to the survey, employers also discriminated pregnant women by the questions they asked during the job application process.

Almost 40% of women polled were asked by interviewers if they were pregnant or had plans to become pregnant in the near future. It is discriminatory for a prospective employer to ask questions about a woman’s marital status, pregnancy status or plans, sexual orientation or age, during the job application process.

The survey also revealed that approximately 20% of women had their job applications rejected or job offers revoked after they disclosed their pregnancy.  Survey results also show that 30% of women will delay their pregnancy plans because they fear losing their job or promotion.

“Currently, Malaysia does not have laws which ban discriminatory interview questions. It’s high time we implement such laws. Countries such as the United States adopt the Pregnancy Discrimination Act (PDA) to protect women’s rights in the workplace. This act ensures that employers treat pregnant women in the same manner as other employees with similar abilities or inabilities. PDA also forbids employers from discriminating pregnant women in terms of pay, job assignments, promotions, layoffs, trainings, and so on. Malaysia needs to work towards this direction. Awareness as a start and eventually a statute,” added Sumitra.

What is more alarming is that only about 1 in 8 women who had lost their jobs or promotions due to pregnancy actually lodged formal complaints. This is an issue as many women do not know their rights. They may not know the available platforms to seek justice. And even if they do, they may fear backlash and harassment for speaking up.

Currently, if an employer dismisses a woman because she is pregnant, she could lodge an unfair dismissal complaint with the human resources department at her workplace or the Industrial Relations Office.

The latter could culminate in a hearing in the Industrial Court.  She can only seek recourse under the Employment Act 1955 if she has not received any maternity-related benefits guaranteed by the Act. If employers treat her unfairly at work, including side-lining her, because she is pregnant, she could choose to leave the employment and claim constructive dismissal.

Current legal protections are very poor. Both the Employment Act 1955 and the Industrial Relations Act 1967 provide very minimal relief, if any. There is no legislation which specifically prohibits discrimination against women in the workplace.

“Although Malaysia ratified CEDAW in 1995, Malaysia has not adopted many elements of the convention into domestic legislation. So currently there is no means to enforce these provisions in Malaysia. There have been court cases that decided the equality provision in article 8(2) of the Federal Constitution only applies to public sector employees.”

“We have yet to see any progress in the private sector. We urgently need a Gender Equality Act that would protect all women employees, including those in the private sector. The Workplace Discrimination Survey is one of the many ways WAO advocates for gender equality, and we will continue our work.” concluded Sumitra.