Indonesia Collaborates with Germany and Switzerland through In-Company Training 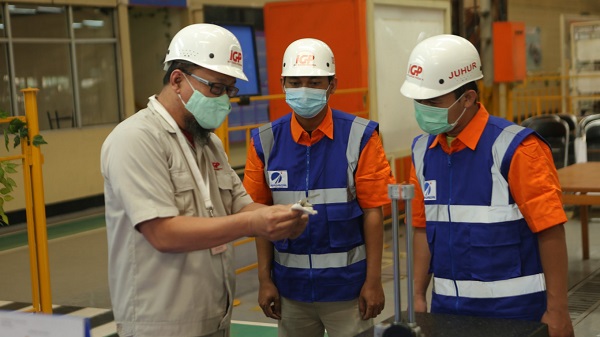 Indonesia’s vision of being a prosperous country by 2045 will be realized through the economic transition from a commodity-based to a high-value producing economy. One approach to achieve this is to place a greater focus on vocational and educational training (VET) in order to increase the productivity of human resources while tackling skill mismatch. In-Company Trainers, a new collaboration between the government, Germany, and Switzerland, is expected to address these issues, the Jakarta Post reports.

The Minister of Industry, Agus Gumiwang Kartasasmita, stated that Vocational Schools (SMK) and Polytechnics managed by the Industrial Human Resource Development Agency (BPSDMI) were required to develop strategic relationships with the industry. During the opening ceremony of the Master Trainer Piloting Training on September 27, he emphasized that Interns and Apprentices should be the primary focus of In-Company Trainers. Students and employers must both profit from the relationship; specifically, the student’s competency is enhanced, which aids the company’s operations and enables employment.

The program for In-Company Trainers began in 2018 in collaboration with the Coordinating Economic Affairs Ministry and the Indonesian Chamber of Commerce and Industry (Kadin). The training obtained funding from the German and Swiss governments via IHK Trier, TVET System Reform/GIZ, and Skills for Competitiveness (S4C). The training is based on the international standard (AdAIB), which was introduced in 2015 by the Trier Chamber of Commerce (IHK Trier).

On behalf of the Deputy Ambassador of the German Embassy, Martin Hansen, Country Director of GIZ Office Indonesia, ASEAN, and Timor-Leste, stated that engagement of industry was the key to qualified execution of vocational education and training, as had been conducted in Germany since 1970. The AdAIB training has developed more than 500 trainers for the Manpower Ministry’s intended 3,000 In-Company Trainers. The number of In-Company Trainers is insufficient, however. As part of President Joko Widodo and Chancellor Angela Merkel’s commitment, the German government continues to assist Indonesia’s efforts to strengthen vocational education and training, including initiatives to increase the number of In-Company Trainers in Indonesia.

The availability of the In-Company Trainers to guarantee successful skill and knowledge transfer in workplace training includes internships, apprenticeships, and up-skilling. This becomes a critical component of “win-win” collaboration. Another advantage for the business is the assurance of a highly qualified workforce with the required soft and hard competencies.

Read Also: Managing Workforce in the VUCA Environment with People-Powered Strategy: An Insight from Normalis Mohd Sharif of Danone