Disney to Put 100,000 Workers on Unpaid Leave during Downturn 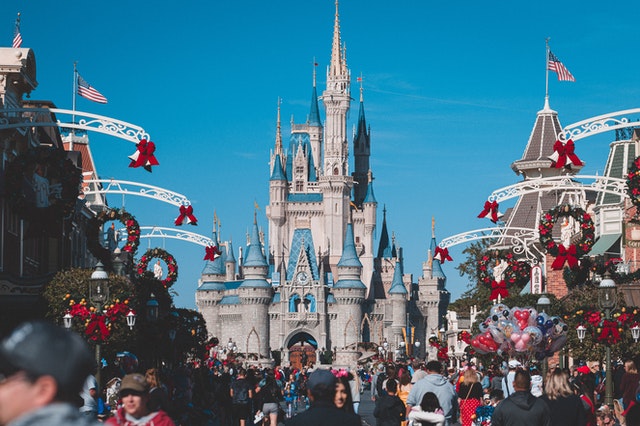 Disney to Put 100,000 Workers on Unpaid Leave during Downturn

The world’s biggest holiday entertainment giant is to place 100,000 workers on unpaid leave this week, as Coronavirus continues to bite the travel sector.

Walt Disney said it will stop paying more than 100,000 employees as it struggles with coronavirus closures around the globe. Disney operates theme parks and hotels in the US, Europe and Asia, including Disneyland Paris in France. Stopping pay for almost half of its workforce will save the company up to £400million a month, according to the Financial Times.

Disney made operating income of £1.1billion for its parks, experiences and products in the last three months of 2019.

The company said it will provide full healthcare benefits for staff placed on unpaid leave and urged its US employees to apply for financial support through the Government’s coronavirus stimulus package.

The number of Americans seeking unemployment benefits, similar to the UK’s universal credit scheme, has been surging since its national lockdown, rising above six million.

Around the world, the travel and hospitality sectors were amongst the first to be hit by the deadly coronavirus, as numbers started to rise globally. Airlines have been struggling to survive with many asking for financial assistance from governments. Several have had to ground all flights except for those on repatriation projects.

BA alone has placed around 36,000 workers on furlough. Theme parks, despite being outdoors, were also ordered to close in line with Government lockdown orders last month, Mirror Online reports.

However, Disney’s latest entertainment arm, Disney Plus, has recorded a record month for subscribers. The streaming package, which rivals Netflix and Amazon Prime, rolled out to the UK and other parts of Europe last month.

But lockdown measures have fuelled a surge in sign-ups, with demand rocketing over the past few weeks. In the past five months, it’s welcomed more than 50million subscribers worldwide.

Disney Plus is currently treating customers to a free seven-day trial, allowing all UK residents the chance to experience the magic the streaming service has to offer.

Last month Walt Disney said its executive chairman Bob Iger would give up his entire salary during the pandemic while chief executive Bob Chapek will take a 50 percent pay cut. Iger is one of highest paid executives in the entertainment sector, earning $47.5million last year as chairman and chief executive.

When the theme parks reopen, Iger has forecast that temperature checks of visitors could become part of its normal routine along with bag checks.