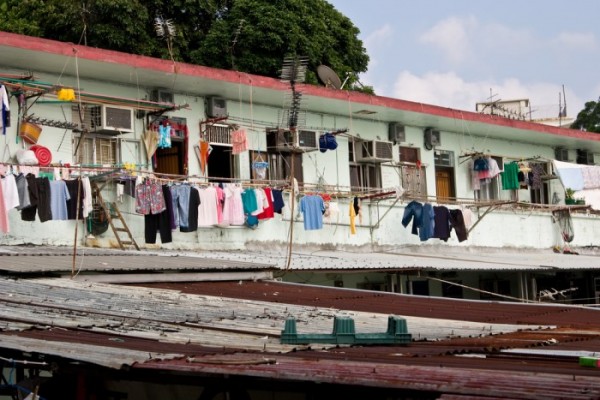 A construction firm, Keong Hong Construction Pte. Ltd, was convicted and fined $352,500 in the State Courts on Thursday (May 24) for housing its foreign workers in congested living conditions at temporary quarters located in Sembawang Crescent. In its official statement released on Tuesday (May 29), the Ministry of Manpower (MOM) said that the company was also found guilty of helping 17 other employers in housing their foreign workers in the same quarters.

From a total of 207 charges faced against Keong Hong Construction, the company pleaded guilty to 47 charges under the Employment of Foreign Manpower Act. The remaining 160 charges will be taken into consideration for the purpose of sentencing. MOM said that it has also barred the company from hiring foreign workers.

The Construction Temporary Quarters in Sembawang was operated by the company and had an approved occupancy load of 182 foreign workers. However, when officers from the Housing Inspectorate at MOM inspected the housing on 8 March 2017, they found 207 foreign workers residing there. The investigations revealed that the workers resided in 31 makeshift rooms constructed from zinc sheets and plywood, which did not meet fire safety regulations. This overcrowded condition had worsened the poor ventilation and inadequate lighting as well.

“The living space was cramp; areas for sleeping were simultaneously used for drying of laundry and improper storage of food. In addition, sanitation facilities were insufficient. Toilets were lacking and there was only one communal bath for more than 200 foreign workers,” said MOM.

As the living conditions compromised the workers’ safety and well-being, MOM immediately ordered the company to rectify the poor living conditions and comply with the occupancy limit. The excess foreign workers were promptly relocated to other approved accommodation.

Jeanette Har, director of well-being at MOM’s foreign manpower management division commented on the case by saying that while there has been improvement in the foreign worker housing landscape, there continues to be employers and operators who have little regard for workers’ safety and well-being. Owing to this, she said that MOM will take stern action against those who fall short of their legal responsibilities towards their foreign workers.

To prevent such case from happening, MOM encourages foreign workers who have issues with their housing conditions to first bring the matter to the attention of their employers. If their employers are unable to make improvements, then they can seek advice and assistance from the Migrant Workers’ Centre (MWC) at 6536 2692 or report the matter to MOM at 6438 5122.

Public are also advised to be alerted to such cases and report to the authority as all information will be kept strictly confidential.