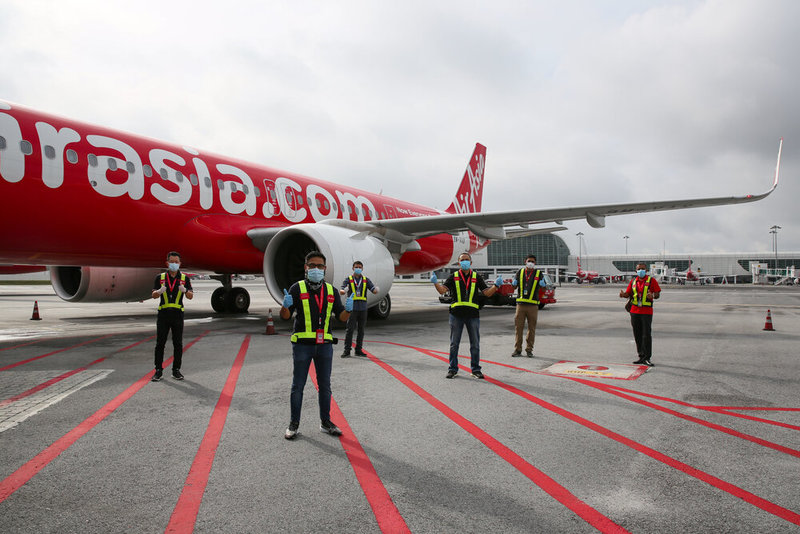 Malaysian news agency Bernama recently reported that AirAsia Group Bhd are looking at laying off hundreds of employees. In attempt to survive the pandemic, both its Malaysian unit and long-haul arm, AirAsia X Bhd plan to cut some hundreds of staff.

Affected staff will be informed within 72 hours, and AirAsia Malaysia will provide affected employees assistance such as medical benefits and flight coupon redemptions year-end.

Chief Executive Officer Riad Asmat said the airline group had reached out to the government but had not received any feedback. Those retrenched will then be rehired once the airline rides through the pandemic. Remaining staff will not have to take pay cuts.

Meanwhile, AirAsia X will undergo a wider retrenchment exercise involving technical staff and cabin crew, on a “last in, first out” basis.

“I don’t know when we will be flying. We thought it is for the best to retrench and we hope we give certainty to the people,” Chief Executive Officer Benyamin Ismail said.

Salaries will be reviewed, and some staff would be offered unpaid leave, likely for a six-month period or until the situation improved, Bernama reported.

AirAsia Malaysia’s layoffs would be completed by the end of this month while affected AirAsia X staff will be leaving end of October.

Read also: AirAsia to Cut 30% of Workforce and Slash 75% Salary