2 in 3 Jobs are at Risk of From Automation, Women Fare Worse than Men 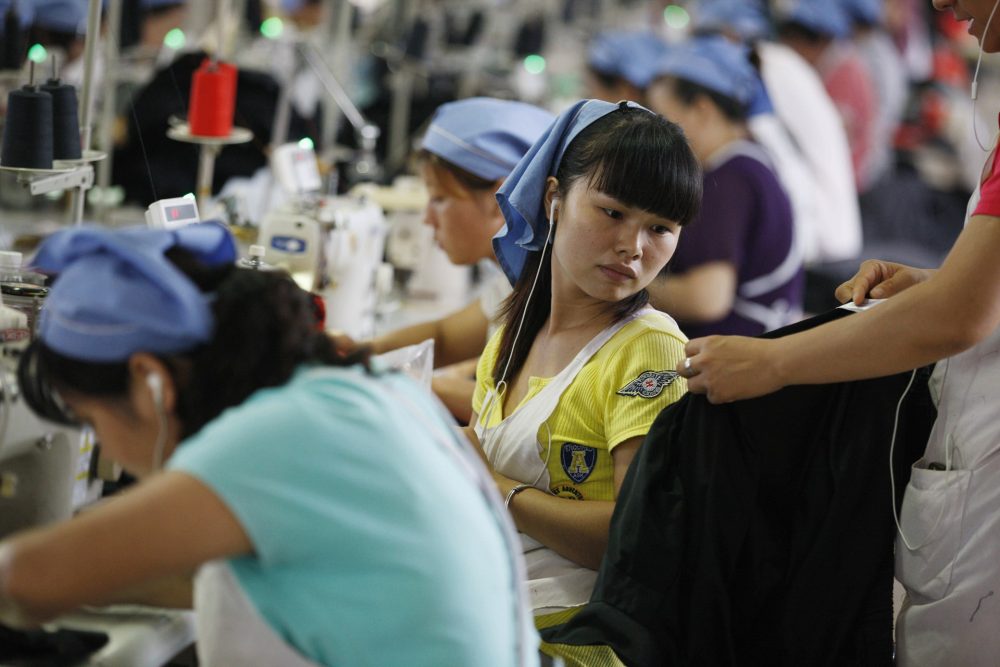 BLOOMBERG – The conventional wisdom used to be that businesses in nations with low wages and growing labor pools would have less of an incentive to invest in robots and artificial-intelligence-enabled computer systems. No longer. Two-thirds of jobs in the developing world are at risk from new technologies, according to a World Bank report from 2016. And in Southeast Asia at least, women will fare worse than men, losing more of the existing jobs and landing fewer of the higher-skilled ones that emerge.

“That was what really stood out—women are really at high risk,” says Phu Huynh, a Bangkok-based economist with the International Labour Organization (ILO). He co-authored a study that concluded that 61 percent of working women in Cambodia, Indonesia, the Philippines, Thailand, and Vietnam are on shaky ground as new technologies become more pervasive.

It’s a global phenomenon. “Women, on average, perform more routine or codifiable tasks than men across all sectors and occupations—tasks that are more prone to automation,” according to an International Monetary Fund paper, which cited large gender disparities in education among the reasons.

Fears of a jobs apocalypse may be overblown. After all, history has shown that new technologies also tend to create entirely new occupations with higher wages. “The story is way more complex than people realize,” says Sameer Khatiwada, an economist at the Asian Development Bank who co-authored a recent report on the impact of successive waves of automation on employment in Asia. For one thing, rising incomes overall will fuel demand for a broader range of products and services, creating jobs even in sectors with high degrees of automation, he says. Consumer preference may also delay the arrival of automation in some industries: Robots are unlikely to staff the desks of five-star hotels in the foreseeable future.

As with any seismic technology shift, there will be winners and losers. Income inequality is likely to worsen and the rural-urban divide deepen—trends that have helped upend politics in the U.S., the U.K., and elsewhere. Some Southeast Asian countries may find it harder to escape the “middle-income trap,” a situation in which a country attains a certain level of prosperity but then gets stuck there.

The Philippines capitalized on its workforce’s educational attainment and strong English skills to develop a business-process outsourcing (BPO) sector that today generates revenue equal to about 7.5 percent of the country’s gross domestic product. Advances in AI and voice-recognition technology are enabling companies to cut costs at back-office centers by as much as 75 percent, the ILO estimates. Of the more than 1 million people employed in the country’s BPO sector—where women hold 59% of job—almost 9 in 10 face a high risk of automation, according to the ILO.

Thailand and Indonesia have drafted policy blueprints for transitioning their economies into industries powered by innovation rather than low-wage labor. “Making Indonesia 4.0” targets the automotive, electronics, and food and beverage industries, among others; the Thai government has set its sights on biotechnology, health care, and robotics. Most of the jobs minted by these types of industries will go to men with a post-secondary education, according to a recent report by the Asian Development Bank.

Younger women in Asia have enjoyed huge gains in education and basic cognitive skills training, pulling almost even with men, but they still lag behind in technical training, science, technology, engineering, and mathematics, even in more advanced nations such as Singapore and South Korea, says Cyn-Young Park, an economist in the ADB’s Economic Research and Regional Cooperation Department. “They are very much entrenched in the name of culture, in the name of religion, in the name of so many traditional things,” she says.

Read also: 7 in 10 Working Fathers in APAC Say Having a Child Affect Their Career Development