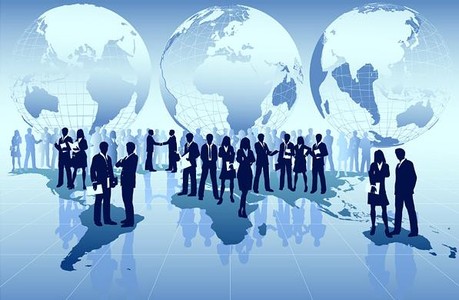 Global leaders need to master a pivot leadership style and, prioritize certain behaviours with superiors and global stakeholders, to project credibility. These findings were published in Growing Global Executives: The New Competencies based on multi-market interviews, focus groups, and survey data from employees in Brazil, China, Hong Kong, India, Japan, Russia, Singapore, South Africa, Turkey, the US and the UK.

Across all markets, six behaviours help rising leaders’ project credibility. Yet the data reveals that each market weights these behaviours differently. Sixty-two percent of senior leaders in the US and the UK say that demonstrating authority projects credibility.

“It is crucial for rising leaders to learn to flex or pivot their leadership style as they work to both build trust across local markets and credibility and buy in from senior leaders at headquarters,” says Sylvia Ann Hewlett, founder and CEO of the Centre for Talent Innovation. “Companies need to ensure that rising leaders in local markets develop the skills they need to win in this global marketplace.”

In Brazil, China, India, Russia, Singapore, Hong Kong, and Japan, respondents believe that female leaders should demonstrate authority in a reserved way, whereas men are expected to flex it more assertively. In India, for example, 82 percent of respondents say men should be assertive in demonstrating their authority, whereas only 44 percent say that women should do the same.

See: Empower Employees with “Leadership by All” Culture

A survey of six key markets (Brazil, China, HK, India, the UK, and the US) reveals that multinational employees who succeed in earning the advocacy of a senior leader at headquarters – a sponsor –are more likely to be satisfied with their career progression than employees with local sponsors (83 percent versus 68 percent).

Multinational employees with sponsors, moreover, are more likely than employees without sponsors to have asked for and received a promotion (76 percent versus 47 percent).

Additional key areas that employees must master to become effective global leaders include developing inclusive leadership behaviours and becoming proficient at virtual communication. Leaders who behave inclusively are more likely than leaders who do not to foster collaboration across cultural divides.

Further, rising leaders must project credibility and drive value virtually – a reality that demands technical mastery of virtual meeting platforms and mobile communication applications. Virtual collaboration can also be optimized by implementing strategies that are effective in eliciting feedback/response.

Fifty-seven percent of respondents say that distributing pre-reads that communicate key talking points and allow for careful reading before the meeting will ensure team objectives are met when meeting virtually. Forty-six percent say that sharing an explicit agenda prior to the meeting and sticking to it will also ensure that objectives are met.

One of the best practice examples is from Genpact, who have developed several programs to promote global leadership. Tiger Tyagarajan, president and CEO of Genpact says, “We have always moved young leaders across businesses and functions, knowing that if they were hungry enough to learn, they’d acquire what they needed to know in order to succeed. Genpact’s approach to global expansion involves sourcing talent locally for our delivery centres and then grooming these men and women for leadership roles beyond their borders after a few years.”

“I realized early on in my career that great leaders are great learners, and what makes someone a great leader is curiosity,” Tyagarajan added.