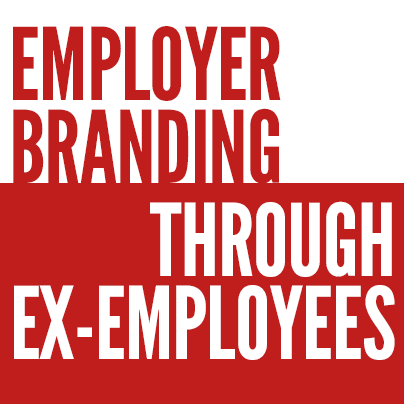 Termination of employment is hardly a pleasant event, not only for the employees, but also for the companies. The termination can take many forms, from a firm-wide layoff to workers leaving voluntarily to find better prospects elsewhere. Regardless of the nature of termination, in the end it could be difficult for the companies, having to find a replacement to fill the gap. On the other hand, ex-employees are, quite often, not very happy with their former employers and could potentially give a bad impression or opinions about the company. With the existence of company review platforms like Glassdoor, negative testimonials given by ex-employees could have an impact on how potential job candidates see the company. As such, understanding how to maintain a good relationship with ex-employees is of paramount importance.

Should a good rapport with an ex-employee group be established, companies can utilize the networks of their ex-employees to find quality candidates that are otherwise inaccessible, such as family members or ex-employee’s friends. With the right method, hiring managers will find that their ex-employees are actually invaluable resources, rather than troublesome groups of bitter former workers.

With that said, however, keeping in touch with recently terminated workers is no easy task, and maintaining a positive relationship with them is even more difficult. Recently-terminated employees, especially those who have been working for their ex-employers for a significant proportion of their career, will need time to adjust to their new jobs. That said, if managers approach them too soon, it is likely that the person will be reluctant and cynical. Waiting for too long to contact the former colleague and companies will find themselves getting nothing but indifference. It is often suggested that the period of 6 to 8 months after employment termination is the best time to re-establish contact with ex-employees, as it is just enough for them to adapt to their new situation, and not too long for them to forget about their last employers altogether.

The mistake many managers make when trying to contact their ex-employees is that they do so in a corporate context with a clear business purpose in mind. Such an approach might backfire if former employees did have unpleasant experiences with their former employer.

Talking to ex-employees is something that must be done with all sincerity and as personally as possible, far removed from the office environment. A casual approach, such as an invitation to a cup of coffee on a free day, is often the most appropriate way to establish first contact with ex-employees. It is important to communicate that there are no ill will between the two parties, and that you simply want the relationship to be renewed. Both sides must understand that the former employers and ex-employees are now equal partners, rather than superiors and subordinates.

After initial contact has been successfully made, the companies should then have more systemized programs in place to keep their ex-employees engaged and involved in a positive manner. This will make these former workers feel valued and appreciated even when they are not actively working for the companies. The most common practice to engage former employees includes the alumni program, which is generally a combination of companies’ newsletter subscription, invitations to networking and internal events, as well as participation in active alumni circles.

By naming ex-employees as ‘alumni’ and inviting them to take part in the circle, companies can send the message that they truly appreciate the effort and contribution of these workers in the past, and are more than grateful to keep in touch with them. On the contrary, when ex-employees avoid talking about their past experience with a company that terminates them, they might be much more vocal about it through their membership in the alumni circles. This is even truer when these alumni circles are well-managed, providing its members with opportunities and benefits such as exclusive invitation to internal networking events or appreciation dinners.  These simple steps can go a long way in helping companies to establish a network of professionals who can spread good words about their former employers to many potential candidates.

The above suggestions are fundamental yet only indirect steps companies can take to tap into their ex-employees as a future hiring resource. When a solid relationship is established, it is vital that more direct incentives be provided to encourage former workers to contribute to the companies’ hiring effort and employer branding.

A referral program seems like the most reasonable option, following directly after the newly re-established relationship between the hiring company and former employees. The referral scheme should be introduced distinctive from the alumni program, so that members of alumni circles do not feel that it is compulsory for them to participate. However, successful referral should be publicly appreciated, to encourage other former employees to do the same. Such voluntary activities based on mutual respect can transform ex-employees from unwilling brand ambassadors to extremely valuable brand ambassadors for the companies when hiring, since their working experience makes their testimonials credible.

All in all, even when companies are not actively hiring, maintaining a good employer brand remains a crucial importance, as the brightest and most talented candidates can only be attracted by companies with well-celebrated cultures and exemplary respect as top employers. By engaging former workers, companies will find an often forgotten resource of highly effective ambassadors that can vouch for the companies from personal experience, something no other agents are capable of doing.