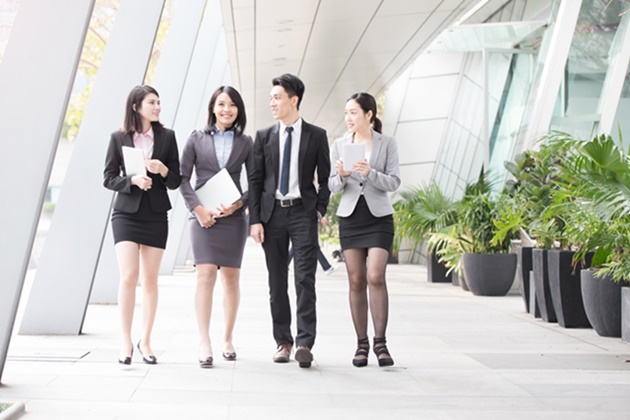 New poll conducted by Gallup has revealed that Singapore has the highest percentage of adults in full-time employment in Asia region.

According to the Gallup’s 2018 Global Great Jobs Briefing, almost half of adults (48 percent) in the country, excluding those self-employed, are currently being employed in full-time jobs. Also in the top three countries are Hong Kong with 43 percent and Taiwan with 42 percent of its residents are working in full-time employment.

Released on Wednesday (Apr 2), the report represents the distribution of high-quality jobs around the glove and how those occupations improve work and life outcomes for businesses and employees like.

Singapore is also found to lead the region in terms of employee engagement. Gallup defines employees who are engaged at work as “highly involved in and enthusiastic about their work”, who drive performance and innovation and move their organisation forward. The research also shows that across industries and countries, teams with highly engaged members are 17 percent more productive than those with lower average engagement.

See: Keen to Help the Environment? Pursue Careers in These 5 High-Growth ‘Green Jobs’ in Singapore

Under the ‘full-time employment that engages workers’ category, 11 percent respondents in Singapore fit this description. Following on the second place is Mongolia (10 percent) and the Philippines on the third place (9 percent).

Regarding the findings, Gallup said that despite Singapore’s strong overall job performance compared to other countries, it can do better in terms of employee engagement as it still suffers from a large engagement deficit. While 37 percent of Singapore’s adult population have full-time job, only 11 percent of the population do so and are engaged at work.

“This engagement deficit has negative impacts on employers and employees in Singapore, lowering productivity and retention as well as depressing workers’ well-being. Business leaders in Singapore should be particularly concerned about engagement if they want to fully develop their human capital,” Gallup added.