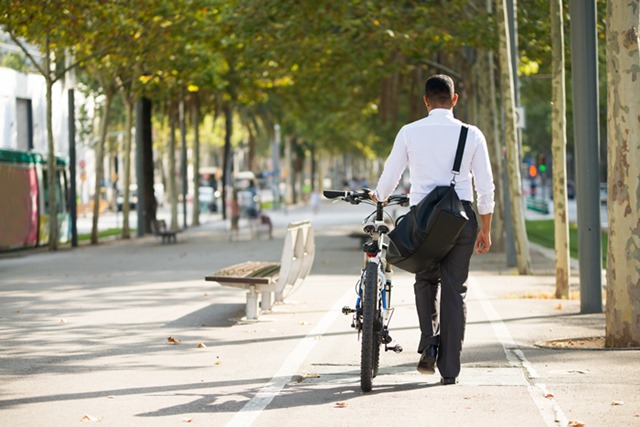 More companies in Japan realise the importance of health consciousness among employees. As part of their management strategies to increase productivity and improve corporate image, companies have been taking measures to help their staffs stay in good health. This positive move is fully supported by the government too, Straits Times reports.

Among companies that implement such initiative is Sompo Japan Nipponkoa Himawari Life Insurance. In mid-October 2017, 10 employees from the head office of the Tokyo-based company went for a walk in the close forest Satoyama near residential areas in Minakami, Gunma Prefecture. Walking through a six-meter-long course, they attached wearable electronic devices such as wristwatches on their arms.

The company provided these devices to measure data, including the number of steps and heart rate. Employees were also given access to check it themselves on their own smartphones. Collecting the data, the company will utilise it to develop insurance products. Such devices were distributed only after obtaining the employees’ consent to wear it. So far, most of the company’s about 3,200 employees are using them.

Besides the forest-walking, the company’s health-improvement programme include other kinds of events using the devices, such as having workers in each division compete over the number of steps walked. Additionally, the company also subsidises part of the participation costs for the walking activity.

In cooperation with eight local governments nationwide, including the town of Minakami and the city of Kaminoyama in Yamagata Prefecture, the company offers programmes to improve employee’s health when taking paid leave. For example, they provide a combination of hot spring bath at a resort and meals with nutritional balance.

About 500 people have taken part in the programme. Chief of the personnel affairs group section in the company’s human resources development department, Tsuyoshi Koseto said the initiative has improved employees’ health consciousness.

Another Tokyo-based company, Itochu Corp also makes use of wearable devices to conduct regular health checks for their employees. They provided the devices to about 230 employees who were at risk of developing lifestyle-related diseases. The data gained from the devices are used to advise the employees on physical exercise and dietary habits.

Health measures was also taken by Haruyama Holdings, a major men’s clothing store chain based in Okayama. In March this year, the firm started paying an allowance when their employees are not taking overtime work. About 1,400 of the firm’s regular contract employees and its group company, Haruyama Trading, are covered by the scheme. If an employee’s overtime in a month is zero, they will receive a fixed amount of 15,000 yen (S$178).

Besides the allowance, the company also held lectures on coping with stress that introduced mental training methods. It aims to support employees’ efforts to stay in good condition both physically and mentally.

Tight schedule and busy working life often become the main reason why company employees do not do physical exercise. To address such issue, an Osaka-based company Itoki Corp has introduced a way for its employees to do exercise during the workday. For example, they place height-adjustable standing desk so staff members with sedentary jobs can work while standing.

On hallway floors, markings indicate longer-than-usual stride lengths. By walking with longer strides, employees can increase their volume of physical activity. At such stretch points, employees can place their hands or feet on markings on the walls and floors, allowing them to stretch their legs and backs.

Tokyo-based Fujikura has even set up monkey bars inside its office. When workers hang from the bars, their bodies get a good stretch.

Meanwhile, Daiwa Securities Group in Tokyo began a points system in November 2016 for employees who have made efforts to improve their health, such as walking, quitting smoking or having breakfast every day. Employees are awarded points for their efforts, which can be exchanged for gifts such as products that aid sleep.