How to Raise Work Ownership for Employees 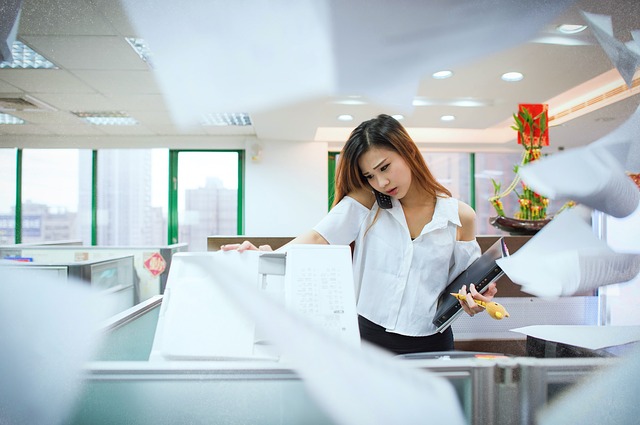 Most of us spend a lot of time at work. Yet a lot of people feel their jobs are not as fulfilling or engaging as they could be. A 2014 Gallup survey found that less than one-third were engaged in their jobs, 51% said they were “not engaged,” and 17.5% said they were “actively disengaged.” Plus, the data from global surveys is quite similar.

Worrisome numbers like these have many business leaders wondering what types of big changes could be introduced to improve worker engagement. Fortunately, Francesca Gino’s research has found that small interventions that increase employees’ sense of psychological ownership of their jobs, such as personalising their offices with photos of their families or favourite posters, allowing them to choose their own work title, and giving them ownership of ideas, a team of people, or a product, can dramatically improve their sense of engagement in and happiness with their jobs, and their productivity as well.

Psychological ownership refers to the experience of possessing and being psychologically tied to an entity. Such feelings of ownership are fundamental to human life. Every day, we interact with a variety of objects we own, both material and immaterial. The state of psychological ownership is not only cognitive but also affective: simply by calling an entity — whether an object, another person, or a job — “mine” suggests that we have an emotional connection to it.

Employees often express a desire for greater psychological ownership of their work, believing this will improve their job satisfaction and happiness. Management research has found that these expectations do play out.

Ample research has focused on how feeling ownership of a specific entity (such as ideas or a workspace, group, or organisation) influences behaviours related to that entity. But there is more: The Harvard Business School’s professor research suggests that ownership also triggers a “mindset of possession” that, once activated, persists over various contexts and tasks and influences later choices.

Here is an example of how powerful mindsets can be in the workplace. In one study conducted by Alia Crum of Stanford University and Ellen Langer of Harvard University, a group of housekeeping employees at hotels were told that the work they did was good exercise, in line with the U.S. Surgeon General’s recommendations for an active lifestyle. A control group was given no such message. Four weeks later, the behaviour of the two groups had not changed; neither became more active on the job.

However, the employees who received the “your job is good exercise” message perceived themselves to be getting more exercise than they had before. More importantly, their weight, blood pressure, body fat, waist-to-hip ratio, and body mass index all declined. The employees’ mindsets triggered processes inside their bodies that by themselves produced positive change.

In Gino’s own work in collaboration with Maryam Kouchaki of Northwestern University and Ata Jami of the University of Central Florida, she has found that an ownership mindset not only influences our feelings toward our organisation; it actually makes us more helpful and generous toward others as well.

In one study, before assigning 205 college students to individual cubicles, we divided them into two conditions, either “owner” or “resident.” Those assigned to the owner condition were asked to assume the cubicle they were working in was theirs. Then we asked them to choose and hang up one poster from a selection of nine posters. Next, they wrote a few sentences about why the poster they had chosen helped them feel like the cubicle was theirs.

In the resident condition, the experimenter randomly selected one of the posters from the same set of nine posters and hung it up in the cubicle before participants arrived. These “residents” started by writing a few sentences about how they felt at that moment and what it was like to participate in the study.

After that, all participants were asked to play a so-called “dictator game” in which each allocated $10 between himself or herself and another participant in a different cubicle. They were told that those who were randomly assigned to the role of allocator would be allowed to keep whatever money they did not offer to the recipient out of the $10. In reality, all participants played the role of allocator and had to choose how much they wanted to offer to the recipient.

The result? Students in the owner condition gave more money to their partner ($4.08 on average) as compared to those in the resident condition (who gave just $2.94 on average). Giving participants a sense of psychological ownership over their workspace increased their generosity. This is because ownership satisfies basic psychological needs we all share as human beings (such as having an identity and feeling we belonging). When that need is satisfied, we’re more generous towards people and more likely to offer them help if needed.

In another study, we collected data from over 750 full-time employees from various organisations. We asked them to think about their current job. Those in the owner condition were asked to think about and write about an idea, project, or workspace that they felt they personally owned. Those in the control group were asked to think and write about how they commonly spend their days at work.

After answering a few unrelated survey questions, the respondents were presented with an opportunity to help the research team by voluntarily participating in a five-minute survey without receiving extra pay for their participation. They were told that the team was interested in understanding how people perceive different situations across various domains. A larger percentage of respondents in the owner condition decided to help (36.7%) as compared to the control condition (28.1%).

Together, these and other studies Gino conducted show that when employees feel a stronger sense of ownership, they are more inclined to engage in generally helpful behaviours. Thus, encouraging employees to feel like owners produces behaviours relevant to their work as well as those outside of their jobs (such as being helpful to others more generally).

What is more, eliciting psychological ownership at work may not require big changes. Though human resource management has typically used compensation schemes or employee stock ownership and option plans to promote feelings of ownership, other techniques, such as increasing one’s connection to objects at work, may be equally likely to elicit a sense of ownership.