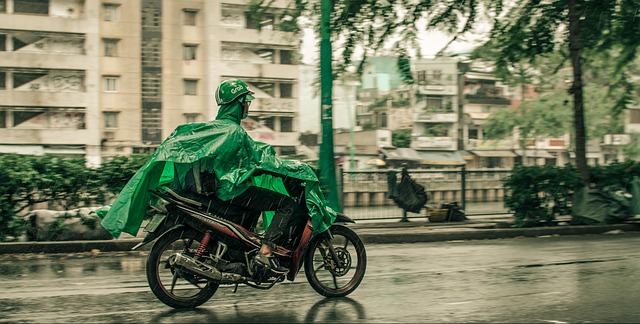 More than half of those working gig jobs are virtually full-time employees who rely on volatile contract work as their only source of income, a new study that polled over 400 e-hailing and application-based food-delivery service workers found.

The survey underpins the urgent need to relook at laws governing the gig economy, which provides little social protection for its workers, newly-formed think-tank The Centre said in a statement that accompanied its survey. As more workers see gig jobs as the primary source of income, and with the industry expected to payroll half of the country’s workforce by the next decade, the study said there is a growing need for adequate legal and social protection, Malay Mail reports.

“Gig work is no longer primarily a side hustle for extra income,” it said in a summary of the survey’s key findings. “Based on the reported number of hours and days spent on gig work, a significant proportion of gig workers work full-time hours or more.”

“The Significance of Gig Work to Gig Workers and their Views on Social Protection” survey was released amid growing public support for legislation to recognise them as full-time employees. Countries like the UK and parts of the US are already in the process of instating laws that would compel employers to accord Grab and Lyft drivers full-time benefits, with other services expected to follow soon. The Centre said its survey is intended to identify to what extent gig work — first conceptualised as a supplementary income source — has become a full-time job.

Conducted between October 15 and November 16, 2019, the survey sampled over 400 e-hailing and delivery drivers, who make up a major segment of gig workers.

A gig worker is defined as an individual that performs on-demand services using digital gig platforms such as Grab or Foodpanda. Fifty-eight percent of the respondents felt they are effectively working full-time, and only one-fifth saw gig jobs as a source of side-income while just a quarter viewed themselves as “casual” gig workers. But regardless of primary or supplementary income, a whopping 75 percent of the respondents indicated that gig income is an “important” or an “extremely important” source of income, at 24 and 51 percent respectively.

The survey also sought to determine how crucial is gig work as a source of income to its workers, and what protection do gig workers have against personal economic shocks. Nearly two-thirds of respondents were found to earn less than RM3,000 a month, further underscoring the importance of gig jobs as a source of income. The survey found that the median income of a full-time gig worker was RM2,999, just a few hundred ringgit more than the living wage threshold to survive in a city like Kuala Lumpur, according to a recent estimation by Bank Negara Malaysia.

The Centre said there is a need for a long-term approach to address the conundrum, starting with a policy that accords gig workers some degree of legal and social protection.

“With the growth of gig platforms in Malaysia, more people can be expected to become gig workers or perform some amount of gig work in the future,” the think-tank said. “The Centre hopes for a long-term approach that recognises the changing nature of employment in Malaysia and that fairly assigns responsibilities on both gig platforms and gig workers in the matter of reasonable gig working conditions and social protection.”