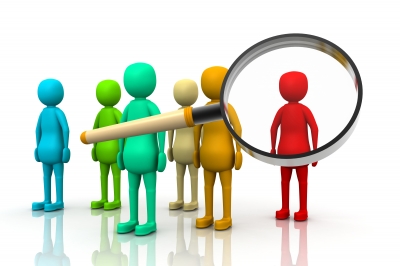 More than one in five (21.5 percent) background checks conducted on job candidates in the Asia Pacific region (APAC) in 2016 identified inaccuracies in the information supplied by candidates. This finding was based on the results of background checks performed by HireRight in the APAC region last year.

While this discrepancy rate has decreased from the previous year (29 percent), it remains almost three times higher than the discrepancy rate globally (9.7 percent). A discrepancy is marked when the information provided by the candidate does not match records of their previous places of employment, education or other relevant organisations and databases.

Discrepancies could include disparity in dates of education or employment, qualifications attained, graduation dates, positions held and job responsibilities. This disparity between APAC and global discrepancy rates may be attributable to the regional difference in maturity of employers’ screening programs.

Background screening has long been adopted as a best practice by employers in western countries, while background screening is only more recently gaining traction in APAC, with multinational corporations spearheading this growth.

In fact, the number of candidates screened by HireRight in APAC has grown by 42 percent from 2015 to 2016. As more APAC employers actively integrate background screening into their talent acquisition processes, and as more high-profile cases of CV fraud in APAC are reported by the media, the candidates gradually appear to be becoming more aware of background screening and its impact – thus resulting in improved candidate accuracy, when submitting job applications.

According to HireRight’s data, Hong Kong, India, Philippines and Singapore have experienced the largest decrease in APAC candidate discrepancy rates over the last 2 years.

2016 vs 2015: Discrepancy percentages across the region

Almost one in four (24.7 percent) background checks conducted in Singapore in 2016 contained discrepancies. Singapore’s discrepancy rate remains above the APAC average (21.5 percent), but has seen a notable decrease from 2015 (28.4 percent).

Surpassing education and employment history discrepancies, professional license discrepancies represented the highest rate in 2016. These checks, designed to confirm that a particular license is held in good standing and has not lapsed or expired, apply to a range of professional occupations, including accountants, engineers, lawyers, auditors and doctors.

In particular, one in four (25 percent) candidates inaccurately reported license information in 2016 – twice as many as in 2015 (13.8 percent). A possible explanation for this uptick could be that, amidst a slowing economy and more competitive job market, employers are looking to make better informed hiring decisions by extending background checks to include professional licenses, thus increasing the number of professional license checks being conducted (and discrepancies identified) in 2016.

Conversely, the biggest decrease in discrepancies among Singapore candidates were with respect to their education qualifications, with the rate in 2016 (18.3 percent) less than half that of 2015 (40.9 percent).

With increasing publicity over the last two years, regarding the pervasiveness of false degrees issued by diploma mills and employees embellishing their educational backgrounds, perhaps candidates are being more cautious when submitting educational history details.

More than one in five (21.3 percent) background checks conducted in Hong Kong in 2016 contained discrepancies. However, Hong Kong has seen a significant reduction in discrepancies, as compared to 2015 (26.9 percent), and now sits right around the APAC average discrepancy rate (21.5 percent).

Similar to Singapore, professional licenses represented the highest Hong Kong discrepancy rate in 2016, with more than one in four candidates (27.3 percent) making inaccurate claims. That said, Hong Kong saw a significant reduction in education history discrepancies (25.2 percent) as compared to 2015 which stood at 34.8 percent.

Similar to their counterparts in Singapore, Hong Kong candidates were most accurate when declaring their employment histories, with only a 10.9 percent discrepancy rate in 2016.

The use of background screening in talent acquisition processes is evidently picking up momentum in the APAC region as more companies recognise the importance of implementing such employment checks to make better-informed hiring decisions.

Consequently, it is also important that companies conduct regular assessments of their hiring strategy, including their background screening processes, to ensure they manage people risk as effectively as possible.