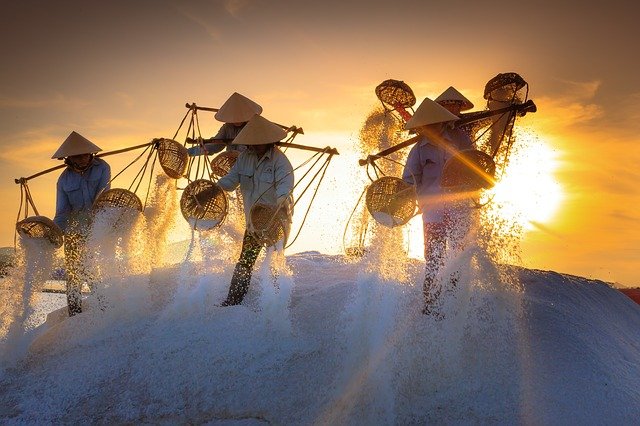 Many of the industries undocumented immigrants are known for low wages, dangerous conditions, and frequent violations of labour laws, with injury and deaths of Latino workers engaged in hazardous employment, are extremely high and increasing, wrote Pew research. At the same time, it is no secret that many U.S. employers are hiring undocumented workers and profiting from their cheap labour. Both because of overt exclusions from the protection of domestic labour laws, and because of the practical and legal effects.

Cristoph Albert study on Labour Market Impact of Undocumented Immigrants revealed that in a country with many immigrants, there is a higher probability of receiving an application from an undocumented one. As a result, expected wage costs of firms could go down and therefore more vacancies are posted. Yet, it does not rule out the possibility that the unemployment rate of both natives and documented immigrants increases, which results in the competition effect dominating the job creation effect. Likewise, the study also indicates a weak salary for documented immigrants, below the aggregate expected wage. This implies that only a small decline in wage costs when the population share rises. In short, there is an increase in additional vacancies that does not compensate for a higher degree of job competition for native and documented immigrants.

International Labour Office has mentioned in their paper that hiring undocumented immigrants gives no advantage for both employers and employees. There are so many vulnerabilities which include exploitative practices such as exacerbated by language, ignorance of local laws, and weather regulatory entitlements/protection. As for employers, there are fine and sentence consequences for hiring undocumented workers.

In Singapore, the penalties of hiring illegal workers is between S$5,000 and s$3,000 fine, or imprisonment for up to 1 year, or both. As for subsequent convictions, offenders face a mandatory imprisonment and a fine between S$10,000 and S$30,000.

Undocumented immigrants are too often thought of as taking advantage of public benefits and causing native workers to become unemployed. At the same time, they are also perceived as an “asset” for employers to provide cheap labour and increase job creation. The consequences of hiring them, however, are without questions. In the end, each country should apply different fine and sentence for employers who violate workers’ right, including undocumented workers without hesitation.