4 Ways to Reduce Unconscious Bias in a Hiring Process 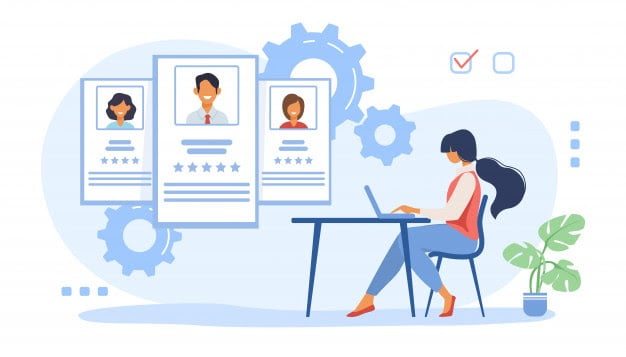 In a modern workplace where people from various background meets and interacts, conflict and discrimination are more likely to happen when inclusive mindset is not nurtured. To develop an inclusive company that embraces diversity, efforts should be made early from the hiring process. Leaders should play active role in eliminating bias and avoid any forms of discrimination by ensuring fair hiring practices.

Contrary to popular belief that we should not judge someone by their looks, the truth is we do judge someone from what we see, such as their age, skin color or attractiveness. This rapid processing occurs when our brains make quick judgements of people and situations around us, sometimes without us realizing it. This is what we call unconscious bias. As much as we want to act and treat people fairly, unconscious bias is bound to happen. Fortunately, there are ways we can do to reduce it.

Bias comes in two forms: unconscious and conscious. Most companies have anti-discrimination policies in place and current legal law protects employees from workplace discrimination. While biases might still occur in such an environment, it does make them easier to spot and assures ramifications if they do. As a result, unconscious bias often becomes the one that discourages diversity in the workplace.

The fact that everyone has unconscious biases and that they go unnoticed is why they inflict so many problems. If you are too certain that your company is bias free, it is prone to overlooking issues that are actually rooted from this prejudice. Therefore, it is vital to acknowledge that unconscious bias exists but you are consistently trying to eliminate it.

Job descriptions are crucial in attracting quality employees and serve as the first impression of a company culture. Who would have thought that word choices can have a big impact on the number of applications received? Some commonly used terms in job descriptions turn out to be gender-biased and only few have realized this.

According to one research, masculine words, such as “competitive” and “determined,” get women to perceive that they would not fit in the criteria. Meanwhile, words like “collaborative” and “cooperative” tend to attract more women than men. Therefore, it is wise to replace gender-biased terms with more neutral ones. The research also showed that using terms like “build” and “create” in job descriptions can help eliminate unconscious bias.

Sample tests that provide an overview of what candidates required for the job are, by far, proven effective for the hiring process. Sample tests focus on the ability of candidates rather than who they are, which can reduce prejudice that does not relate with one’s professional competencies. This can benefit the company by obtaining those who are truly capable, without favoritism, while also eliminating unconscious bias. Sample tests require employers to judge candidates on the quality of their work. Thus, it leads to prioritizing competence rather than inadvertently assessing them based on looks, gender, age, and even personality.

4. Make use of AI Technology

AI Technology can be a valuable tool for eliminating unconscious bias in the hiring processes. A blind, straightforward machine for assessing job applications will help you select a candidate with little to no unconscious bias. However, carefully test and try before using a specific AI tool for hiring. While technology does not have underlying biases, the people who created it do, and those biases may be reflected in AI tools. This can deliver you strong candidates in your talent pool who have the aptitude for the job, yet might not pass the biased old fashioned hiring due to certain conditions.

Overcoming unconscious bias is a never ending journey to eliminate discrimination in the workplace. The key take is to be aware about the issue while believing there is room for improvement to create an inclusive environment. Discrimination will cause discomfort among employees, which leads to serious retention problems. All in all, it is wise to avoid it from happening as early as from the hiring process.