﻿Can You Trust Your “Gut Feeling” When It Comes to Making Hiring Decisions? 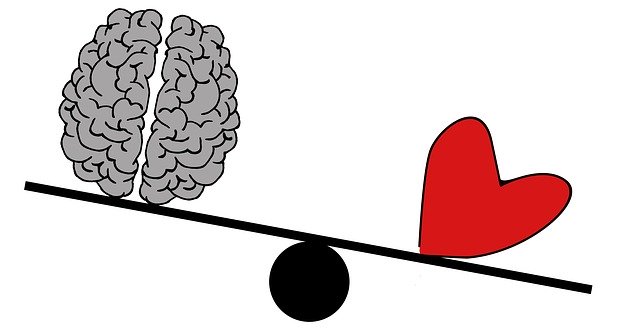 Chances are, you have heard people say “Just trust your gut feeling” when you are faced with a critical circumstance or when you have to make important decisions. The truth is, following your gut feelings is hardly a new practice – including in professional scenarios such as hiring new talents.

A survey by Kuncel et al. revealed that 85 percent to 97 percent of professionals rely to some degree on intuition or a mental synthesis of information. Many managers clearly believe they can make the best decision by pondering an applicant’s folder and looking into his or her eyes when recruiting. The effect holds in any situation with a large number of candidates, regardless of whether the job is on the front line, in middle management, or in the C-suite.

Another survey by Indeed cited that more than a quarter of employers said that the gut feeling is their main reason for hiring someone. Yet, 23 percent of respondents say relevant experience is their main reason and only 8 percent say their decision is based mainly on formal qualifications.

While it is not wrong to trust your gut, is intuition in recruitment really reliable in bringing the right candidates?

In most cases the gut feeling is not reliable – at least, that is what SHRM survey found. Using gut feeling is like going into the water without being able to dive further. You only discover the superficial aspects of the candidates. Gut feeling is also associated with unconscious bias which can affect negatively to the business bottom line.

Unconscious bias in the hiring process happens solely because an employer only looks at the first impression. When the employer sees candidates who seem like someone they know or someone who is easily hanging out with outside of work, there is a greater impression on that candidate that makes employer chooses him over someone else. Even in the early stages, a candidate’s resume picture, their names, or their hometown could influence an employer’s opinion more. In short, unconscious bias influences hiring decisions using criteria irrelevant to the job, whether positively or negatively.

Furthermore, when hiring decision only rely on intuition, which is related to bias, a company might suffer from low performance and hiring failure. A study published in UNC found that bias impacts retention. Those who perceive bias are more than three times as likely to say that they are planning to leave their current jobs within a year. In terms of innovation, those who perceive bias are 2.6 times more likely to say that they have withheld ideas and market solutions.

So, should a recruiter solely rely on technology and algorithm?

Perhaps NO. Why? Because gut feeling is sometimes an effective judgement tool about humans. Daniel Gallen shared his experience that using gut feeling has helped him to make the right decision over the recruitment process.

In his experience, Gallen’s gut feeling told him that the candidate was not telling the truth about everything. Albeit the candidate scored well in every test and interview process, Gallen followed his feeling and did further research. It was revealed that the candidate was good at interviewing and taking tests. In a real-world application, nevertheless, the said candidate has a personality problem and was not really the perfect fit for the position.

Apart from that, professionals who –  for years – rely on intuition might find that their feeling is right about the candidates, thus, giving further information whether to hire or to discharge candidates from the process. In addition, using technology and machine for the whole process of recruitment is not a total solution to the hiring process because empathy and human touch are still needed to create good candidate experience.

In conclusion, there is no one-size-fits-all solution to hiring. Algorithm and intuition should be used side by side to create the best hiring decision. Albert Einstein ever gave advice that “what counts cannot always be counted, and what can be counted does not always count.”