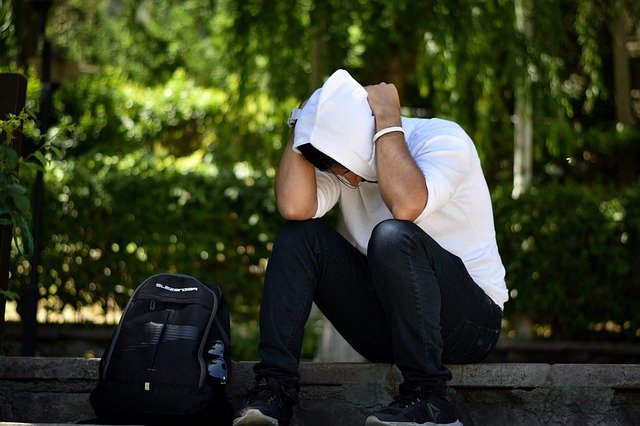 The 996 culture is a grueling trend among Chinese workers that means they work 9 am to 9 pm, 6 days a week. Despite being brutal, this working culture is encouraged by Chinese billionaires like Jack Ma, the founder of Alibaba, and Richard Liu, CEO of JD.com. The former notoriously said it was a “blessing” for anyone to be part of the so-called “996 work culture”. They both argued that China’s rising economy has produced a generation of slackers, which the 996 work culture will help fight against.

Despite stepping in to regulate these illegal practices, the authorities’ attempts are to no avail. Cases of workers dying and committing suicide due to being overworked are not simply a telltale in China. On the flip side, even when the majority of Chinese workers follow the 996 culture, data released by CEIC shows that China’s labor productivity has constantly decreased.  It proves that working more hours, in fact, does not equal getting more work done.

Japan is the birthplace of the term karoshi, meaning “death from overwork”, a term invented in the 1970s to describe deaths caused by work-related stresses and pressures. According to Ono, a professor at Hitotsubashi University, “The long working hour culture is a byproduct of the Showa period [1926 to 1989], which was when it was romanticized – a time when men were completely dedicated to company life, with a stay-at-home housewife who took care of the family and all his needs.” These “dedicated” men were later called “salaryman” and were the first ones to walk the overworked path.

Earlier in 2020, Prime Minister Shinzo Abe and his staff proposed a new legislation plan regarding the change of overtime hours. The government put forward a scheme that limits overtime to 60 hours per month or 720 hours per year. These figures are based on the latest research related to karoshi, which finds people who work more than 100 hours per month are at a higher risk of developing brain and heart disease. The rule will be effective for all sectors immediately with the exception of construction and transport sectors, which will enforce the new rule at a later stage, due to the nature of its work.

By December 2020, Hong Kong ranked as the world’s most overworked city. The average worker in Hong Kong spends more than 44 hours per week, a third of them work more than 48 hours per week. However, a survey shows 75% of Hong Kong employees work overtime without compensation. Currently, Hong Kong has only regulated standard working hours for its young workers (between age 15-18), which still allows them to work 48 hours per week.

Hong Kong’s authorities are currently under pressure to create a labor policy to fix the poor labor quality. The demand is backed with scientific findings that found a strong link between overworking and the development of both physical and mental disorders. According to the South China Morning Post, 1 in 4 Hong Kong workers suffer symptoms of depression and anxiety –2.5 times the global average- and around 18% require psychological treatment. On top of that, 56% of workers with mental disorders have seen mental health issues handled inappropriately in the workplace.

A survey finds that Singaporeans are the world’s unhappiest workers. The authorities responded to this phenomenon by enacting a regulation to limit workers from working more than 44 hours per week. Since then, the government statistics showed that the weekly working hours of Singaporeans have come down gradually, from 47.0 in the year 2000, to 46.2 in 2010 and then 44.0 in 2020. However, Singapore was still the second most overworked city in the world according to a Kisi survey in 2020.

Interestingly for Singaporeans, working outside office hours makes them more productive. Based on the report compiled by the Working Hours Survey, 8 out of 10 workers in Singapore feel more productive when they work during the additional hours. Workers admit to being more focused during the quiet time after work without co-workers’ interference. However, they also admit that working overtime directly impacts their work-life balance. Almost all (90 percent) respondents reported that the time they spend working overtime does affect their social life.

A study by Kisi on work-life balance in 2020 ranked Kuala Lumpur workers as the world’s longest hours worked and spent commuting. They are also last among other cities when it comes to easy access to mental health care. While the Employment of Law recommends a limit of 48 working hours per week, media reports that huge numbers of foreign workers demand to work overtime.

To this, Malaysian Wellness Society president Datuk Dr. Rajbans Singh stated that overwork can lead to several health problems. He said to the Sun Daily, “Some of the most common ones are high-stress levels, anxiety, and depression. The chances of developing heart problems and obesity are also raised.”

Workers in Malaysia have been advised to slow down their work to avoid burnout, but even after the news on overworking allegations for the death of hundreds of Nepalese workers, workers still desire to work more than the prevailing work hours. In fact, according to the executive director of the Malaysian Employers Federation, some private workers state that they will not return to work if these long work hour demands were not met.

According to the Kisi survey in 2020, the top 5 overworked cities in the world are all in Asia, meaning that most Asians work overtime hours in Asia. Despite having rolled out policies regulating overtime hours, this phenomenon has yet to be tackled successfully. This only shows that authorities are still failing to see the real underlying problem to overworked issues, which can vary from financial motivation to increasing market demands.

Overworked workers, even when they do it voluntarily, are still a bad recipe for everyone involved. As cases in Japan and Malaysia have shown, prolonged overworking not only disrupts work-life balance but also poses significant mental health and physical wellbeing issues, which in some extreme cases even led to death.