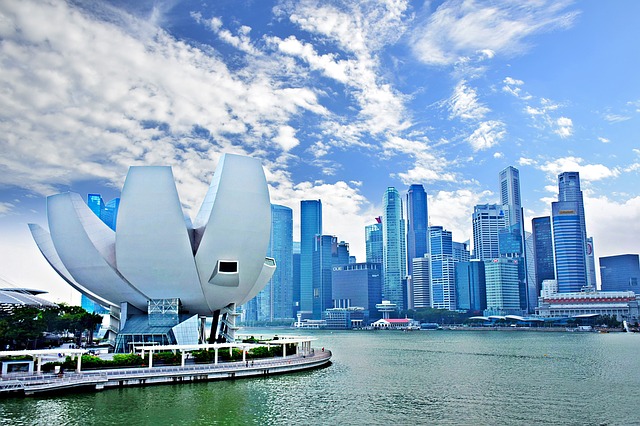 now the fourth most expensive location in Asia for business travel, with a typical business trip to Singapore costing an average of USD 468 per day. This was one of the findings of the latest Daily Rates by ECA International, the world’s leading provider , information and software for the management and assignment around the world.

“The cost of a business trip to Singapore has stayed relatively static due to the steady level of international business travel to the country,” said Lee Quane, Regional Director – Asia at ECA International. “However, the price of a hotel room has dropped slightly, down to USD 249 per night from USD 256 in 2018. Despite this small decrease in the average price, the demand remained at about the same level. Singapore continues to be popular for international business, as illustrated by the fact that Singapore remains in the top five most expensive Asian locations,” said Quane.

Updated annually, ECA’s Daily Rates reports average costs for , which makes up the bulk of any daily allowance, as meals, drinks, laundry, taxi transport and daily essentials. is used by companies to determine daily expense staff who undertake business travel.

For the second successive year, Hong Kong has been named as the most expensive location in Asia for business travel. The average business trip to Hong Kong would cost an overall total of USD 515 per day, including hotel costs of USD 286.

Quane said, “Hong Kong has always been one of the most expensive Asian locations to visit on business, due to the combination of a high cost of goods and services and expensive hotel prices. However, in recent years, we have seen Hong Kong pull away slightly from other expensive locations such as Tokyo, Seoul and Singapore. This year has been no different, with Hong Kong now costing 4 more than Tokyo and 8 more than Seoul – two locations that are in second and third places respectively.”

Tokyo remains second in the Asia rankings, with the typical business trip now costing USD 494 a day. Seoul is in third place based on the overall price of a business trip. However, the Korean capital moves above Tokyo into second place if hotel costs are excluded.

“We expect to see the costs of business travel to Tokyo increase over the next 12 months the city hosting major events such as the Rugby World Cup as well as the Olympic and Paralympic games between now and the end of 2020. This, together with the city’s emergence as a major tourist destination in recent years and a shortage of suitable accommodation, contribute to high hotel costs. Also, recent regulatory changes which reduce the availability of other short-term accommodation options such as Airbnb are likely to drive a further increase in accommodation costs in the coming year.”

“The fact that Seoul moves to second place in the rankings when hotel costs are excluded shows that the price of food, drinks, and other incidentals that make up the overall cost of a trip is actually higher in Seoul than Tokyo. This is a trend we see in many locations, where the hotel cost can inflate the overall figure. This demonstrates the importance of looking at all aspects of a business trip, and not necessarily just cost,” said Quane.

In China, the most expensive business trip destination is Shanghai, at USD 378 per day.

However, when hotel costs are excluded from the total price, Chinese cities are all much higher placed in the rankings as hotel costs in China are comparatively cheaper than many other locations across the world.

Quane said: “When excluding the cost of hotels from the price of an overall business trip, the data shows a different story. Every Chinese city in our rankings would be much higher placed, notably with Shanghai jumping from 117th in the world to 89th, and Beijing entering the global top 100 as well.”

Bangkok has seen an increase in the cost of business travel, with the typical business trip to the Thai city now costing USD 290 per day.

“We have seen a continued increase in the cost of goods and services and hotel accommodation in Bangkok, and this has had a clear effect on the cost of business travel to the city. As an increasing number of companies and MNCs to grow their influence in Thailand and the surrounding areas, we have seen the price of hotel stays and business trip essentials rise accordingly,” said Quane.

The cheapest location in ECA’s rankings was Johor Bahru in Malaysia, where a business trip would cost just USD 184 per day, with hotel costs accounting for just USD 83 of this amount.

New York is the most expensive location in the world for business travel, with the average per diem cost of a business trip standing at USD 799.

“New York tops the rankings for another year as the price of business travel continues to grow. New York is now over USD 80 more expensive per day than the second place city in the rankings, Geneva. Hotel rates in New York continue to be charged at a premium due to high demand, with the cost of a hotel stay making up a huge USD 512 of the daily total,” explained Quane.

Top ten most expensive locations for business travel in Asia

Top ten most expensive locations for business travel in the world