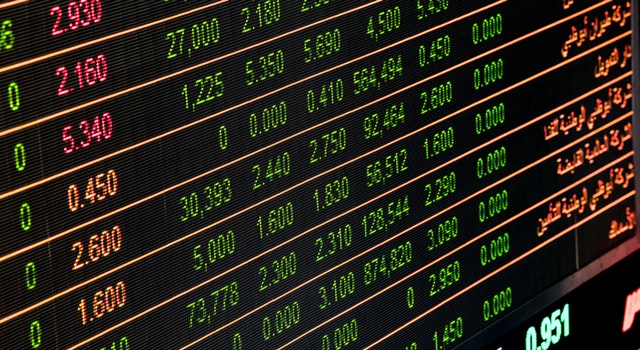 A forecast issued by Korn Ferry reveals that while 2020 salary increases across the globe are expected to grow at about the same rate as 2019, slowing inflation will mean an increase in real-wage salary growth.

In Asia, salaries are forecast to grow by 5.3 percent in 2020. With an inflation rate of 2.2 percent, real-wage salaries are expected to be 3.1 percent, the highest growth rate compared to other regions.

In Singapore, real-wage salaries are estimated to increase by 3.6 percent, up from 3.0 percent last year. While the headline forecast for 2020 remains at 4 percent, similar to last year’s forecast, a benign inflation rate of 0.4 percent contributes to the higher real-wage increase.

“With the ongoing situation in Hong Kong and geo-political uncertainly in other parts of Asia, International and MNCs might re-ignite conversations around choosing Singapore as the main location for ASEAN and APAC Head Offices. This will keep continuous pressure on wage increases for Singapore market, more than anticipated because of economic slowdown and US-China trade war. We see this pressure building up for the middle to senior level managers, more than junior and entry level graduates,” said Kartikey Singh, Head of Rewards & Benefits, Korn Ferry Singapore.

“Singapore remains an attractive destination for talent although there are still roles that are difficult to hire. Almost 38 percent of participating organisations in the 2019-20 annual Korn Ferry Salary & Benefits survey indicated that they are facing difficulty hiring engineering roles, followed by IT and sales roles respectively. As such, organisations should focus the 3.6 percent salary increase on critical roles and those that are difficult to recruit. In addition, they should also consider spending a higher portion of the training and development budget on building a pipeline for these roles,” said Farhan Mahmood, Client Director, Korn Ferry Digital, Singapore.

See also: ﻿The List of Average Salary of HR Job Roles in MALAYSIA

Salaries are predicted to grow at a rate of 4.9 percent globally in 2020. With a global inflation rate prediction of approximately 2.8 percent, that puts the real-wage salary increase prediction at 2.1 percent. In 2019, the salary growth rate was 5.1 percent. With global inflation at 4.1 percent, that meant 2019 real-wage salary increases across the globe were only 1.0 percent

“There is good news for workers in these numbers given real-wage growth is projected to be higher than 2019.  But the lower rate of inflation embedded in the numbers may also foreshadow expectations of a stalling economy in several key countries, which could in turn lead to higher rates of unemployment,” says Don Lowman, Korn Ferry Global Leader, Rewards and Benefits.

In North America, the average salary growth is predicted to be 2.8 percent in 2020, which is the same as last year. When adjusted for inflation, the real-wage growth is expected to be 1.1 percent, up from 0.6 percent last year.

According to the Korn Ferry forecast, employees in Eastern Europe are set to see an average salary increase of 6.2 percent in 2020. After taking inflation into account, real wages are forecast to rise by 2.6 percent, which is up from 2.0 percent last year. In Western Europe, workers are expected to see an average increase of 2.5 percent, and inflation-adjusted real wage increases of 1.2 percent. That is up from 0.7 percent real-wage growth of last year.

Wages are predicted to increase 2.5 percent in the United Kingdom. Combined with a 2.1 percent inflation rate, real wages are expected to increase by 0.4 percent. That is very close to last year’s real-wage increase of 0.6 percent. Employees in two of Europe’s largest economies, France and Germany, are forecast to see real-wage rises of 0.6 percent and 1.4 percent respectively.

Employees in Latin America are forecast to see a 4.9 percent gain in wages. With inflation, the real-wage increase in the region is expected to be 2.0 percent, up from last year’s 1.3 percent.

In Colombia, inflation is expected to be 3.2 percent for 2020. With a salary increase projected at 4.5 percent, this puts real wage growth for Colombia at 1.3 percent. That’s lower than last year’s 2.1 percent. In Brazil, the expected salary increase is 5.3 percent, and with 3.7 percent inflation, workers are expected to see 1.6 percent increase in real wages. That’s up from a -0.1 percent decrease in real wages last year.

In the Middle East, wages are expected to increase by 3.6 percent in 2020, which is the same as last year. However, slower inflation means the real-wage increase is predicted at 1.6 percent, up from 0.4 percent last year.

Wages in the Pacific are forecast to grow by 2.5 percent in 2020, which is the same as last year. Adjusted for inflation, the rise in real wages is predicted to be 0.8 percent, which is up from last year’s 0.3 percent.